Blithe advice for a girl after her first time. 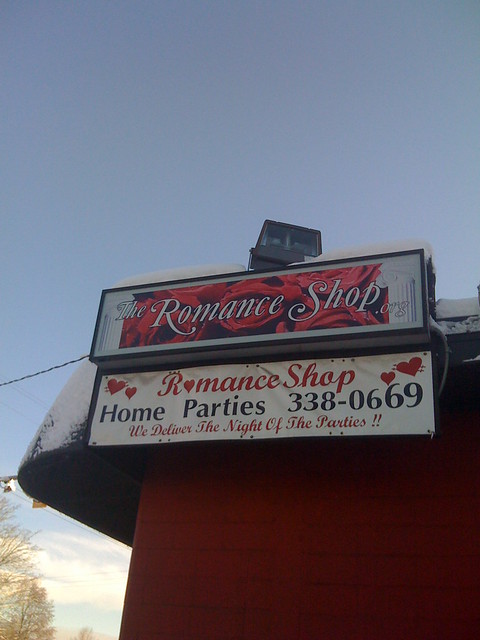 Little mention that it's already a fitness trend in North America. With video.

The Asian Branding of Sexuality →

"Those who seek out and use Asian sex toys may be more open to culturally diverse experiences than other types of consumers. Perhaps the popularity of ancient Asian materials reflects the sexual immaturity of American collective culture, searching for a deeper understanding of our own sexuality."

The Strange Credibility of Polyamory →

Today I celebrate the 7th anniversary of my starting blogging, first with Blogger, then with Movable Type, then with WordPress, and now with Drupal. This year I've struggled more than any year to write something compelling, and today is no different. Today is also the 7th of the month, meaning it's time to update you on my podcast listening habits.

I unsubscribed from The Talk Show with John Gruber and Dan Benjamin, primarily because their smug nitpicking of Apple's offerings, seemingly endless discussions of the show's format (in at least one show they discuss it for a third of the episode!), the several minutes long paid commercials in the middle, weird segues into Stanley Kubrick and baseball, and my inability to tell either man's voice apart wasn't for me. 12 episodes was enough for me to get the point.

I also unsubscribed from the ChalkedUp podcast not over content, but rather because their feed was broken or missing. As far as I can tell, they're still pumping them out, I just can't get them into my iTunes directly via subscription, and when I sync it up, my iPod. I emailed them and everything. I'll re-subscribe if anybody knows how.

I added two podcasts to my list: recommended by Mason on my Facebook wall, Sound Opinions, offering record reviews and band interviews (the former remind me of Wilson & Alroy, who also sometimes disagree publicly on how good some albums are) and the Sex is Fun Radio Show. It may make me blush a little, but I'm open to the idea that I can improve in many areas and enjoy learning with my girlfriend.

(Mason noticed I was playing a lot of Book's Music episodes and wondered why. It's diverse and great, that's why. He knew that I'd been listening to it because he looked at my last.fm playlist. Only one other guy I know cares enough about my playlist to remark about it. Something tells me that, as cool as I think Last.fm is and how useful I find it to know what people in my circle of friends are listening to, that it's not really a big phenomenon. As, say, Facebook.)

Despite yet another hiphop recession for CBC Radio 3, it's the only way I discover great Canadian music. Like Akufen, straight outta Montreal with the chip-chop house sample-based house music. I've been playing the My Way album on repeat for pretty much the last 48 hours straight.

"The name brands and context are new, but much of the original concubine content remains unchanged. "

Alan Baumler quotes some classics on the subject.

In Lie with Me, Lauren Lee Smith plays a promiscuous, emotionally inaccessible woman. →

She ain't kidding when she says she's naked in half the film.