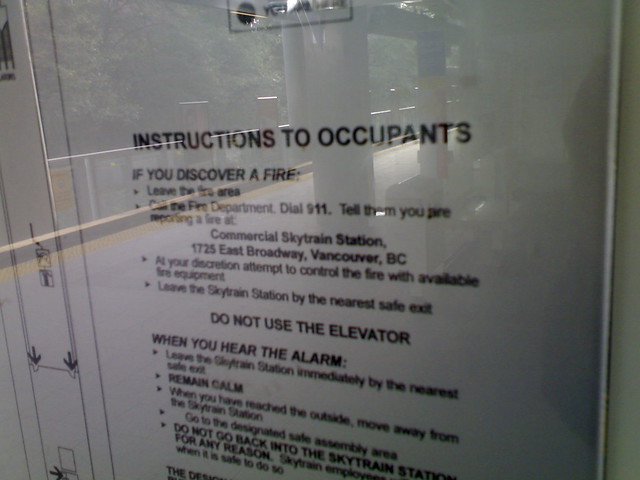 I took this photo to record the street address of the station, 1725 East Broadway, Vancouver B.C. 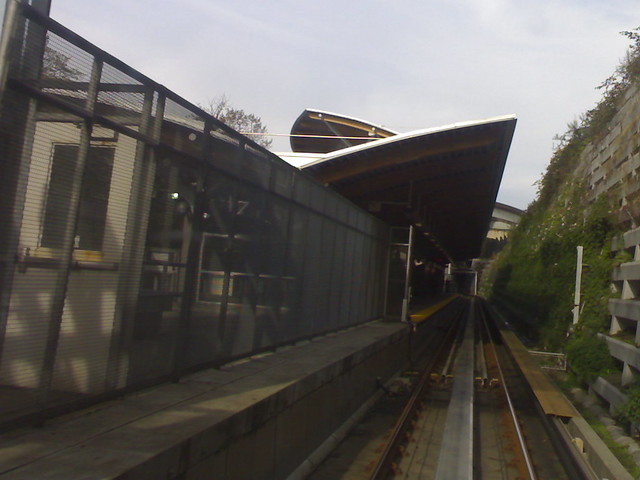 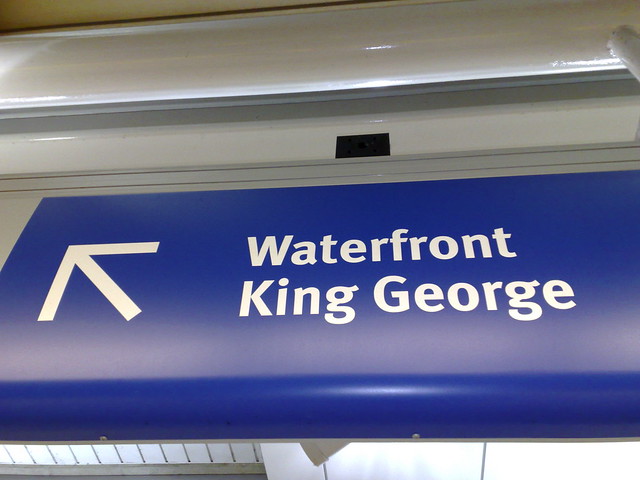 Lights on at Commercial Drive Station 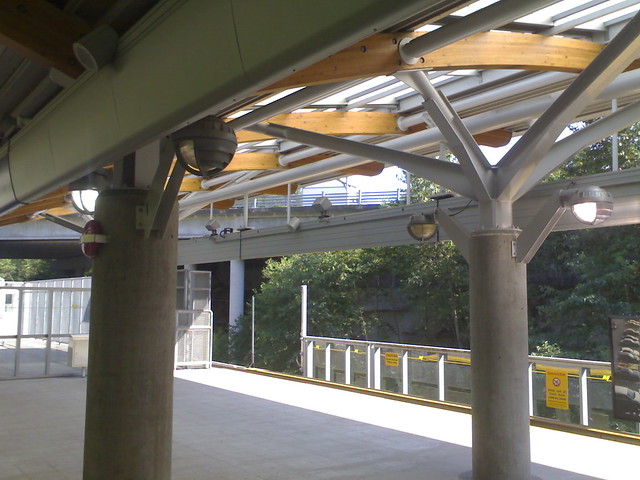 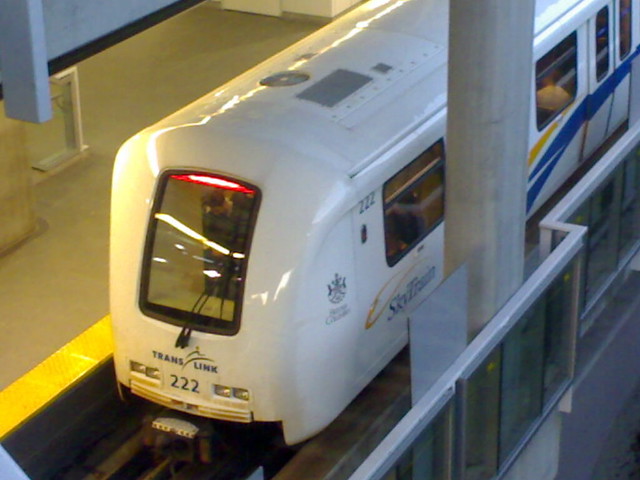 Don't Give It Away 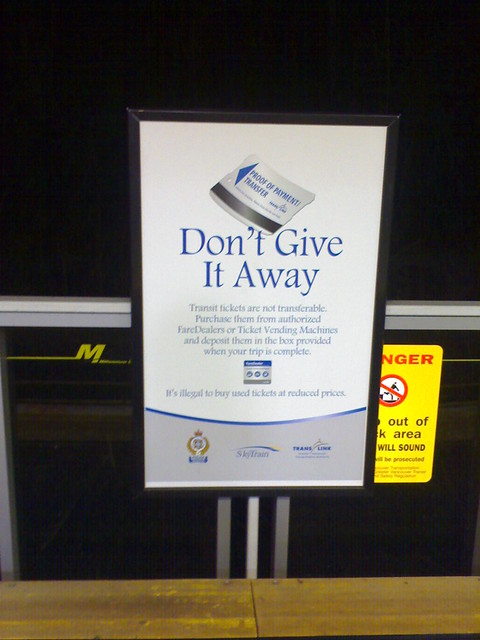 The text of the sign says: Transit tickets are not transferable. Purchase them from authorized FareDealers or Ticket Vending Machines and deposit them in the box provided when your trip is complete. It is illegal to buy used tickets at reduced prices.

The Abstinence Society of Canada should sue them for stealing their slogan ;)

wow... so its not illegal to give tickets away just to buy them?

that is just silly.

when i use tickets I usually have so much time left on them that it feels like a waste. If i give the ticket to someone and they use my remaining time where is the harm? Only one person is riding the bus on the ticket that I bought.

Toronto has a similar policy. Their transfers are even more strict - one-way only, and transfers only accepted at transfer points. And there are little codes on the transfers so they know where you got it from and which direction you were going when you got it.

mrs. tiggy-winkle: TransLink calls this (and giving advice on how to get somewhere in return for a loonie) "unauthorized customer service", and I have the screenshot of the newspaper article to prove it.

Used tickets are another form of currency for the undesirables (you know- the homeless & junkies- same thing, really to Translink and VANOC, and unfortunately in the eyes of most Vancouverites). I'm sure most of us in Vancouver have been hassled by the dilated and scruffy asking for/ trying to sell tickets....I personally think it's part of the city's war on the poor leading up to 2010.

Plus, as far as I'm concerned, that block of time left on the transfer is mine, I paid for it, so i'll do what I want with it. Plus Translink's service is so crappy (overcrowded buses, and a fleet of poorly designed ones that don't work plus armed cops)that I give away my transfers on principle alone. Don't get me started on Translink....Grrrr

This photo is getting a bit of attention, from Citizen Vancouver and Beyond Robson. Funny how that works, you take a photo of something thinking you'll write a rant about it and all you really have to do is wait for someone else to. :)

Much obliged ;) I think it's a case of the comedy writing itself, really...

ditto standards point... and thanks gwailo for taking the photo. Everytime I see that poster I think of George Orwell's 1984 with cleaner design. Imagine being the design agency commissioned for this stuff? Actually, would anyone know who it is? 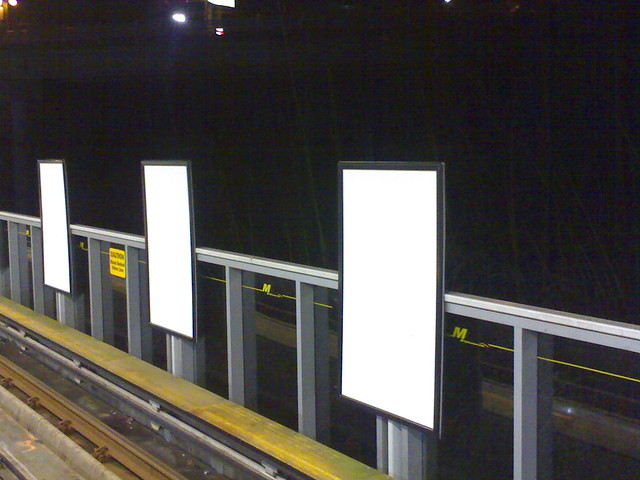 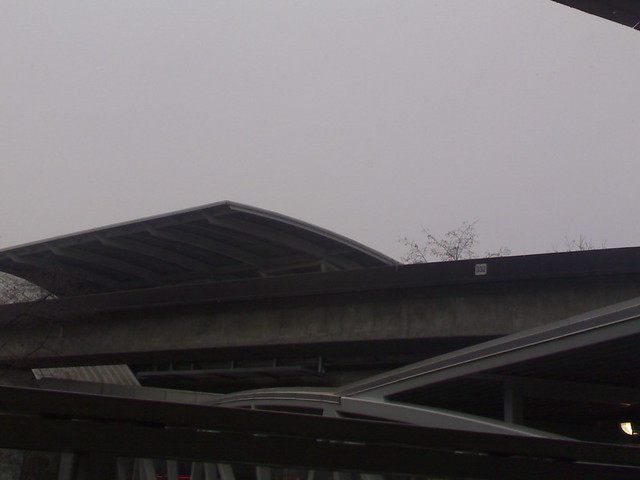 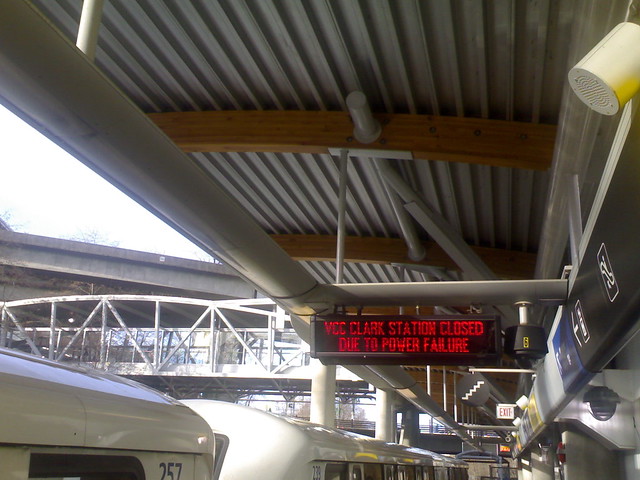 When the train switched tracks at Commercial Drive Station, I wondered why. That's why. 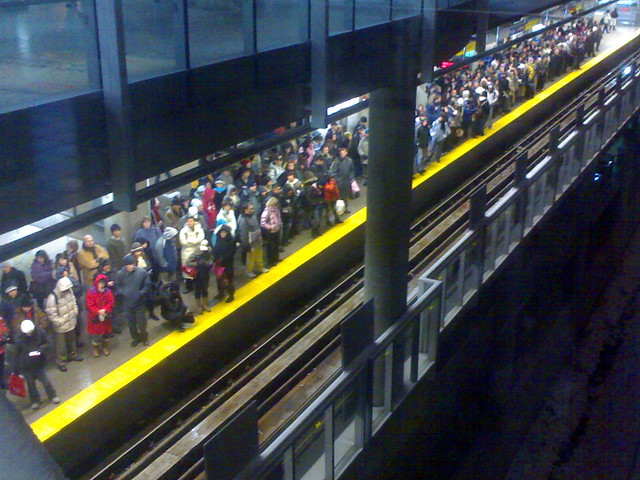 A train pulled up just after taking this. Not everybody on the train's side of the platform got on.

Yeah, the Skytrain has been a bit screwed this week. Yikes.

luckly for me I have been going the other way most of the time. I'm just hoping it all melts

Hi, I'm an admin for a group called Live on The Drive, and we'd love to have your photo added to the group.

Join the groups and add more of your EastVan and Commercial Drive Photos. I also have a Live in Mount Pleasant and Live in Strathcona group begun too. Whatever you have of the neighbourhoods would be fantastic!