He was in his own affairs inconsistent and hypocritical. As an artist, he was a brilliant, painstaking technician whose strange fairy-talelike images, held together by a clever geometry, were bathed in a peculiar granular light. This is all that really matters. But it happens that he was in person a quintessential French intellectual of the prewar era: clever, amusing, wry, amazingly cultivated, socially ambitious but reclusive when it came to public scrutiny.

Heart of the World, Vancouver's next great art and performance venue →

A place "to address the contemporary artistic and creative needs of the constantly evolving geographic location in which it is situated, offering competitive rates and a multi-faceted performance space."

Installation at the Reykjavik Art Gallery 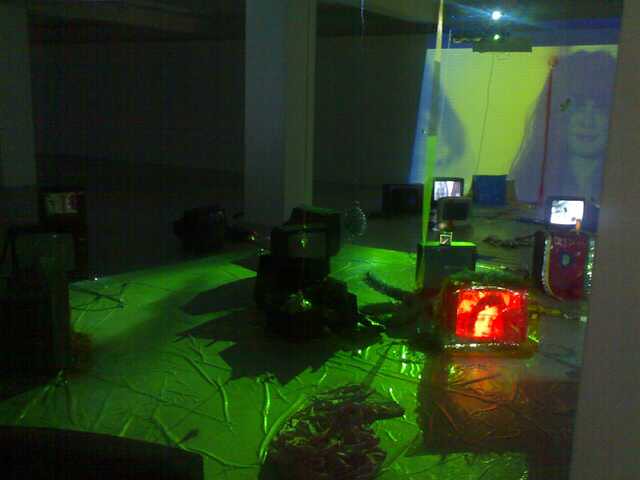 A couple of weeks ago, along with Darren and Heather, I went to see Body Worlds 3 at Science World. The exhibition shows human bodies, stripped of their skin, and plastinated by Gunther von Hagens and set in positions, such as a male doing a handstand with a skateboard, or a female archer extending her bow. The tour very stereotypically ends with a Body Worlds gift shop. But at least there was no gift shop annex to the gift shop.) The exhibition's Wikipedia page and The Guardian have photos, but they don't do it justice, as there are slices and cross-sections and individual plastinated innards in the show as well.

Body Worlds did not seem like something kids would enjoy a whole lot—there were maybe one or two kids there on a lazy Friday afternoon, one disinterested girl with a knowledgeable adult explaining to her the functions of the various parts shown. The exhibits themselves were not only disturbing (the last set of 'parts', which I won't spoil, even rose some ethical questions for at least one of my co-attendees), but designed to be disturbing. Science World, if anything, exists as a venue for making science fun. Body Worlds 3 has great shock value: it's what we look like not only inside but dead, doing things we would if we werre alive.

The exhibition there raised, for me, a couple of questions but not so much about the human body. Was it appropriate to have a table where one could get more information on pledging their body after death to plastination? Does art, something that disturbs or provokes, belong in a museum of science, generally considered something that educates and enlightens? Was it art, science, neither or both? Or, as I mundanely wondered aloud at the beginning: was the ticket price something I could claim on my taxes as an cost of doing business? 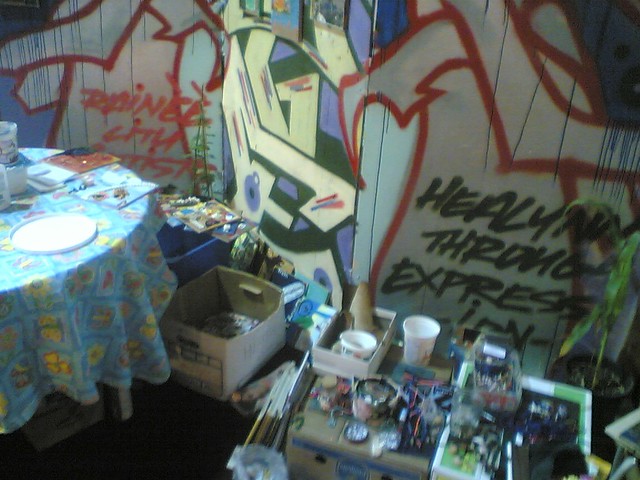 Rarely ever walking west of Granville St. except to catch a bus, the pendulum sculpture in the HSBC building on Georgia St. caught my eye. I looked up the building's website (which is very informative I must say) and found a section on the "Broken Column" pendulum sculpture: “Borrowing from the architectural emphasis on supporting columns throughout the building itself, [Alan] Storey developed the idea of a column that could break free of its base. Since dubbed the "pendulum", the broken column is suspended from the center of the barrel vault roof within the Atrium. Pivoting from its top, the pendulum gracefully sweeps through an arc that is in line with the longitudinal axis of the entire building.”

John K. Grande, in a profile of Alan Storey's art with photos: “Storey says he never thought he would get the commission so he went ahead with his proposal - no holds barred. Over the years the pendulum piece has functioned, largely faultlessly, as an example of how interactive large scale public art can capture an idea, communicate it and yet remain simple in conception.”

I took 30 seconds of video of the "pendulum" swinging back and forth. 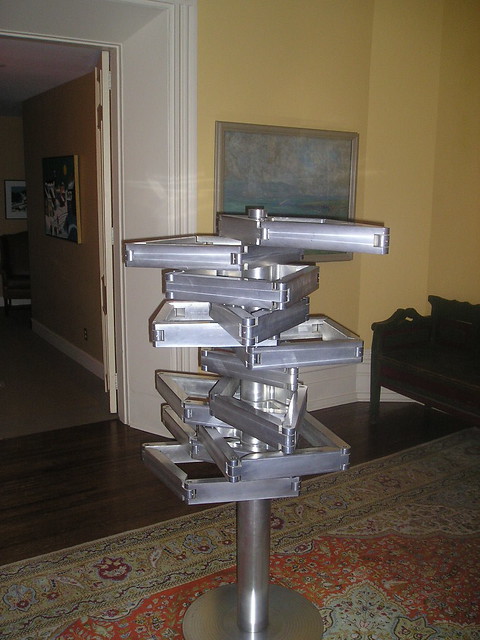 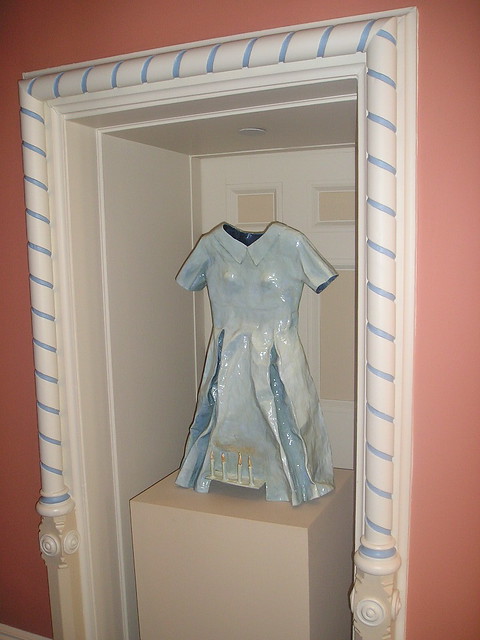