The race was scheduled to start at 8:15 AM. I made sure I was all ready to go the night before, having run during the afternoon to pick up my race gear (that was a first). I woke up at 6 AM and didn't snooze the alarm. I had leftover breakfast, drank a coffee, and left for the streetcar a few minutes early. I saw some people biking to the race on Bike Share Toronto bikes. I almost did the same thing, but stuck to the plan and took a King streetcar that terminated at Dufferin gate, a short walk away from the start line.

The route was more or less flat, with a short hill at the end (to get to the pedestrian bridge crossing Lakeshore Blvd.). 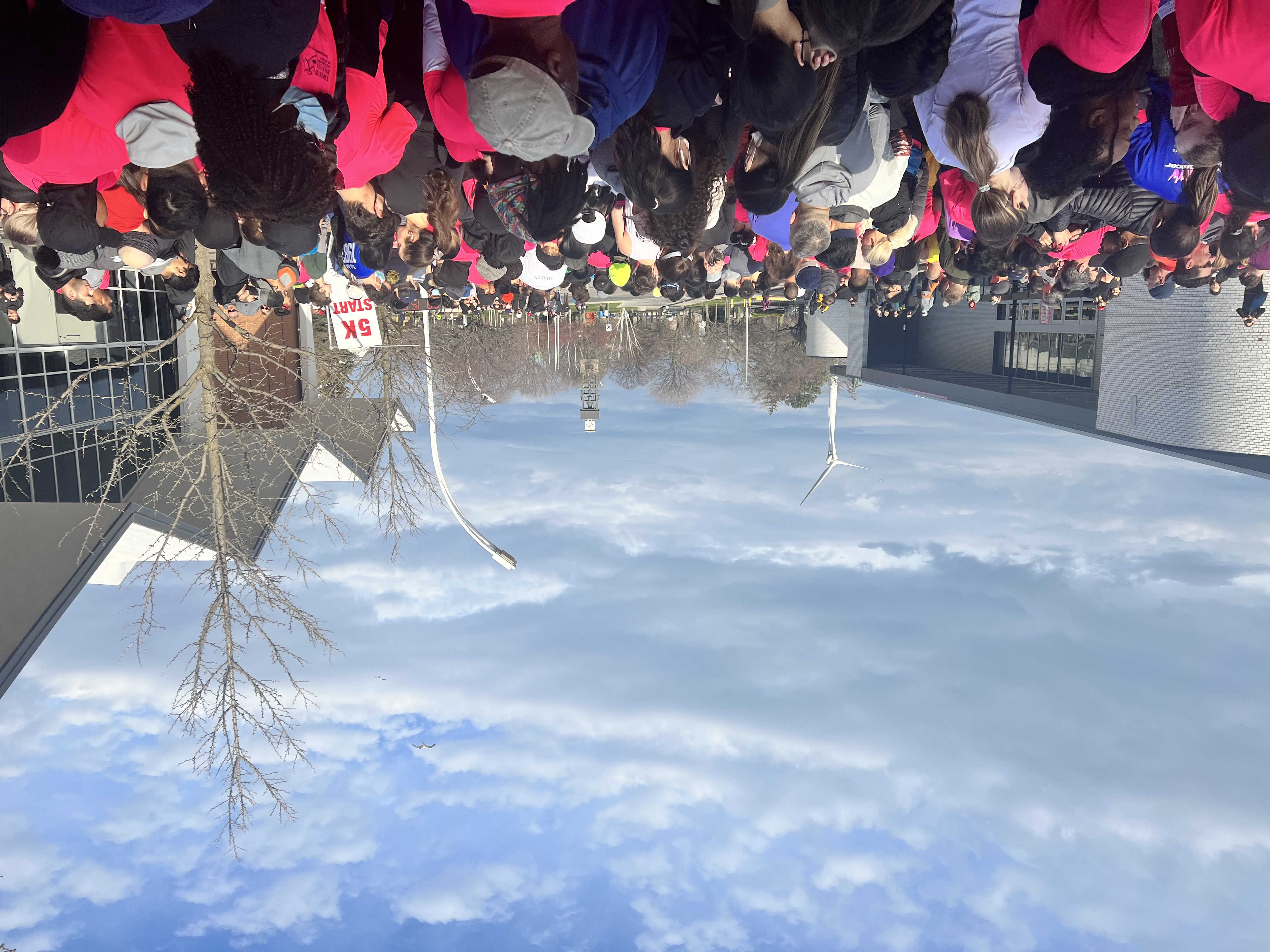 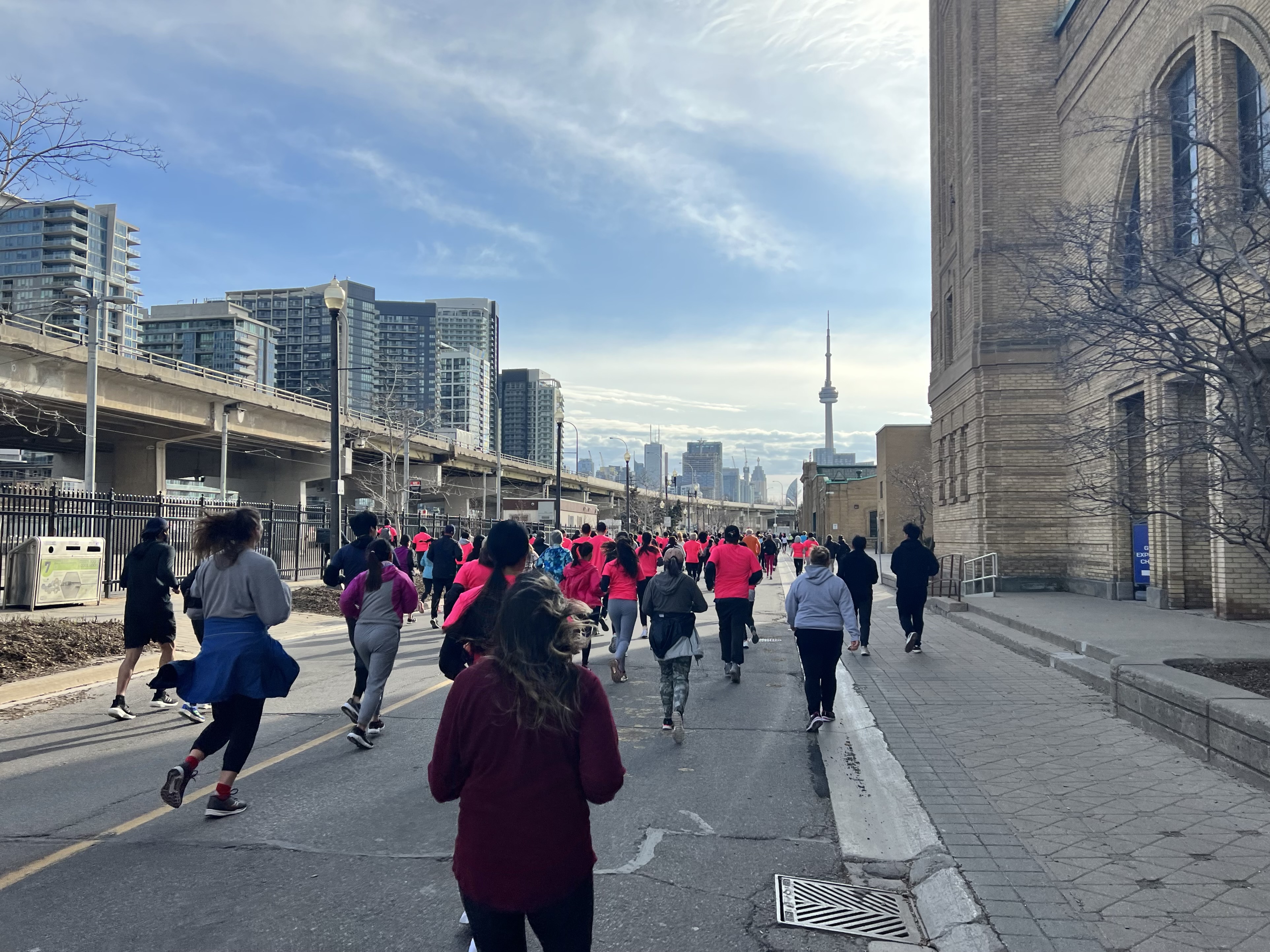 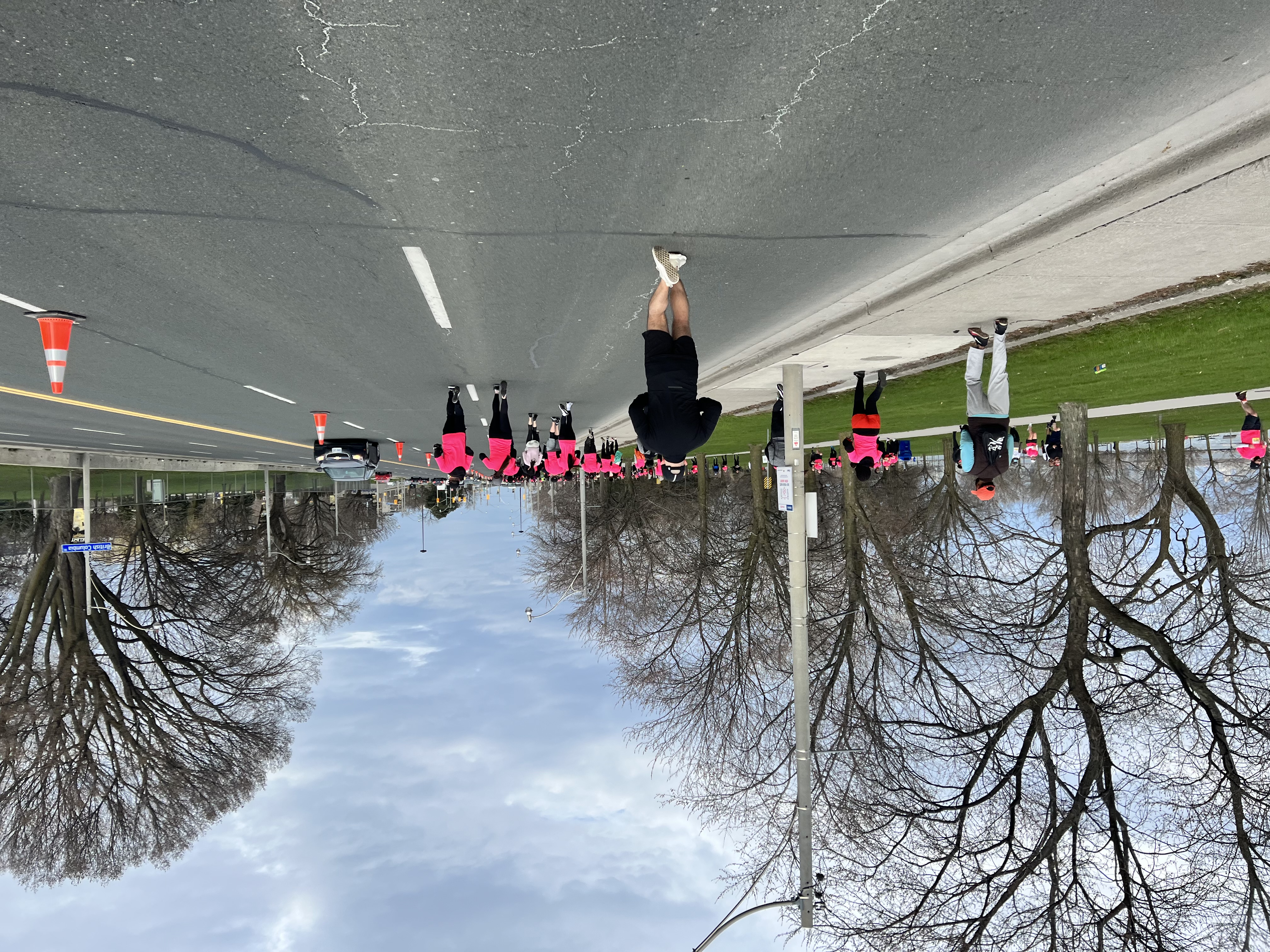 It was really windy, and hampered running at the start and the end, but felt nice at my back in the mid third of the race. We had to cross the street on Lakeshore Boulevard, which I felt was awkward.

The race started late, and it wasn't clear what we were waiting for. I couldn't hear the guy with the loudspeaker, and I was fairly close. It was obvious when the race started.

The turnaround point on Lakeshore Blvd. was clearly marked, except it said 50 m to go until that point, and everybody, including yours truly, didn't see where the actual turning point was ahead. I happen to know that someone ran an extra kilometre because of that. The race should have had volunteers at the 50-metre mark and the actual turning point. I believe that's what explains the fact that I didn't run a full 5 km.

The first 1.5 km takes runners past the Toronto police mounted division's stables, and, because of how much of it was on the street, I call that stretch Horseshit Row. The smell was a little unbearable, but at least it didn't last long.

I walked for more of it than my last race. There was only one water station, near the end, not like the two of the previous race I was in.

It's possible I could have known there were no streetcars leaving Exhibition Loop. We were told to walk all the way to Fleece St. Loop. It was a pretty long walk, so on the way, I decided to bike home.