I woke up at 4 AM to loud dance music. Curiosity got the best of me, so I went out in search of where it was coming from. By the time I got dressed and out of the building, the music had stopped. I walked around the block to see if there were any people leaving a party, but all quiet. Until I got back to my building, and the music started up again. So I walked around the block again, and saw that it was a giant speaker on the back of a bike. I rode away as soon as I got there. No party, just someone with a single-person rave.

I couldn't sleep after that, and this morning was the Toronto Pearson Runway Run. I left about a half an hour later than I wanted, and assumed wrong about how to get there. I thought if I got to the airport, there'd be signs. Nope.

Feeling rushed, I took an Uber to the starting gate, and initially the driver went the wrong way. At least he realized it right away. I got to the race kit pickup table, and found out there's no bag check. They just assume (almost correctly) that everybody drives there. I ran the race with my backpack, which thankfully was light. The guy at the table guffawed that you don't leave anything behind at an airport. I ran the race in a sour mood, with my backpack for the first time ever. At least it was light and nobody gave me grief for it. That I know of. 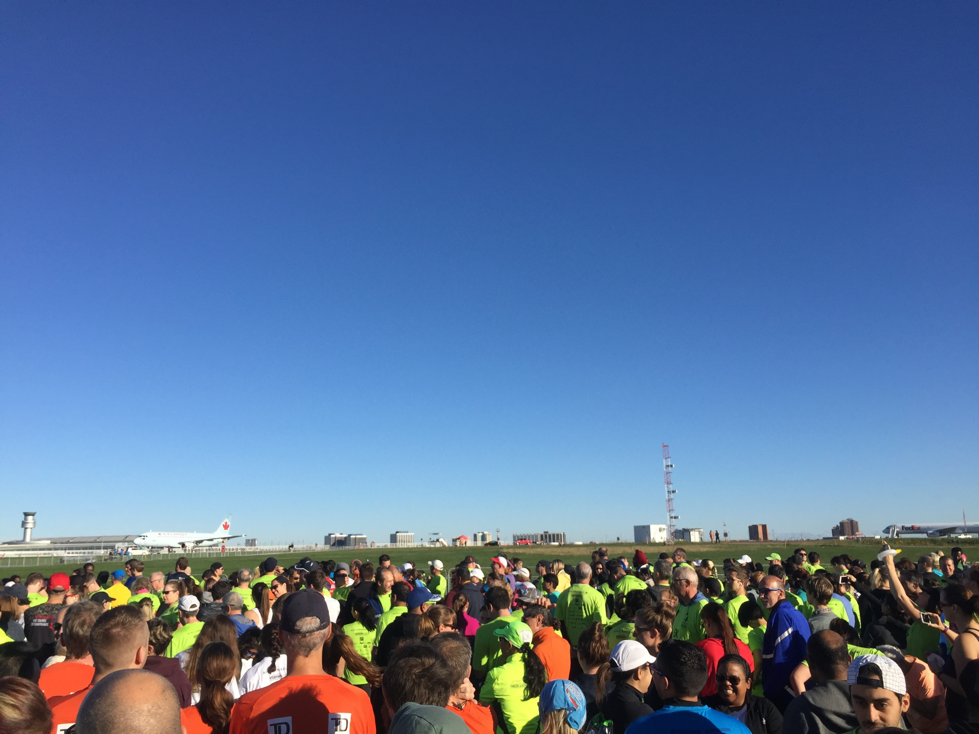 Getting back was a mess too, with no directions to transit. I had to piece it together from signs on the road since Google Maps didn't know about the transit system (MiWay?) that I miraculously ended up on. I got the 4-hour UP Express pass on the way in, and it was still valid by the time I got back to the airport.

So here's my Strava log of the race. My 7:02/km is better than what I do in workout runs, which tells you how slow I do workout runs. When I got there, I decided it was the first and last time I'd do it. Having made as many mistakes as seemingly possible, though, and everything ending up OK, I'm open to the idea of doing it next year.