Has it really been almost three years since my last SkyTrain Explorer walking tour? It sure doesn't feel like it. Not including the Metrotown Station tour, which only takes you through the mall, all that's left is Burrard Station, Stadium-Chinatown Station, Broadway Station, and, up until this weekend, Granville Station. 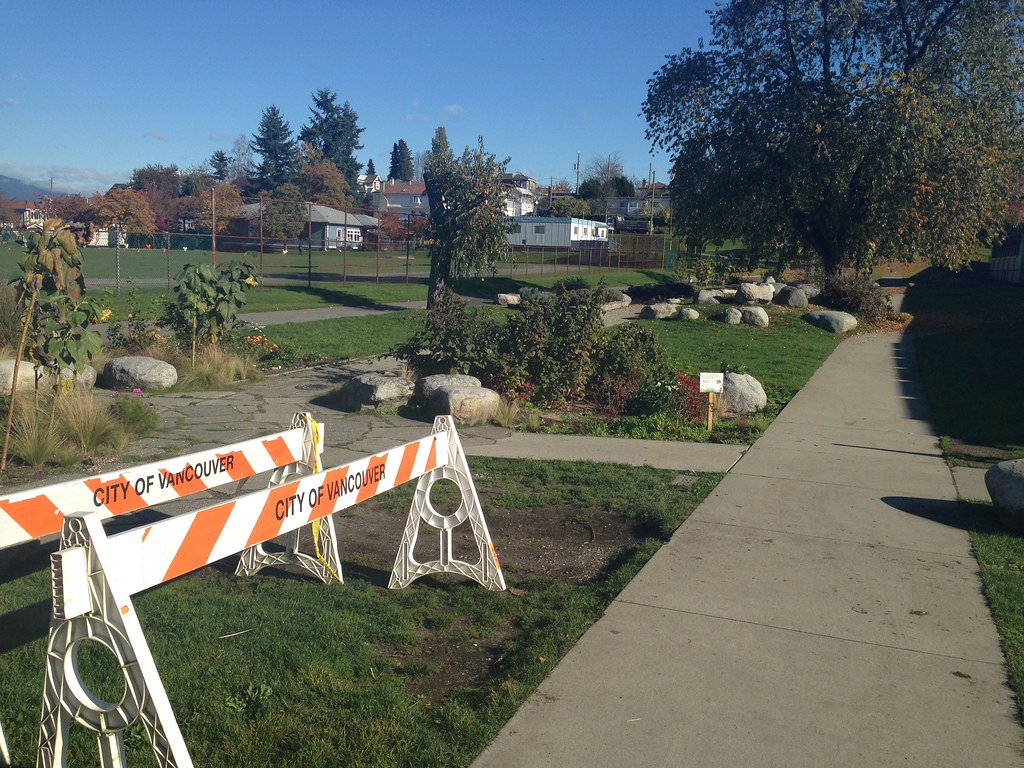 It's time, belatedly, to reflect on my reading of The Particular Sadness of Lemon Cake by Aimee Bender, which I read as part of the most recent 24-Hour Book Club. The fictional narrator, Rose, writes a biography of her family life after she discovers that she feels the feelings of the people who make the food she eats.

Published by Richard on May 28th, 2013
Still lots of Vancouver to explore. Even though the SkyTrain Explorer book has taken me to places in the city I wouldn't normally venture to, there remain many pockets of the city that I have yet to encounter. Looking at the Jane's Walks in Vancouver a couple of weekends ago, the one along Fraser St.
Published by Richard on May 14th, 2012

Another successful, if short, trip to America. With a little trepidation, not knowing if it was "worth it" to stay in Seattle for a couple of nights, I set out on the first day starting at 5 o'clock on a dark and early on a Friday morning. I traveled by train via Amtrak Cascades, coincidentally sharing a car with John and Rebecca Bollwitt.

Upgrading Drupal sites between major versions can be tricky. The community of developers that numbers in the thousands has taken great care to maintain upgrade path between adjacent versions of the content management system. This is especially true of Drupal's core, though one must go through each version to get to the destination. (An example: going from Drupal 5 to Drupal 7 requires passing through Drupal 6.) Contributed module upgrades take place with a very slight degree of peril, though typically a developer will include upgrade paths between major versions. Though incredibly rare, some modules will not upgrade their database to the new version of the module, and even then someone will flag it as an issue and it will get resolved.

If you came here looking for guidance on upgrading your Drupal site, please consider visiting the official documentation at Drupal.org. The following only deals with two specific cases that may not apply to your site.

Published by Richard on July 28th, 2011
As part of WOMWorld Nokia, my friend and mobile technology aficionado Roland Tanglao offered to lend me a Samsung Focus with Microsoft's mobile operating system on it for a weekend. I took it around Vancouver, installed apps, took photos, tracked a walk on Commercial St., and, breaking with tradition, actually made a phone call.
Published by Richard on July 26th, 2011

Readability represents a new way for publishers, writers and readers to support each other. I've written a module that integrates Readability into Drupal sites.

Published by Richard on July 17th, 2011
Submitted by Richard on Tue, 2011-07-05 00:12
Tags:
Toronto
baseball
Toronto Blue Jays
Lars Svendsen: Anthropocentrism gave rise to boredom, and when anthropomorphism was replaced by technocentrism, boredom became even more profound. Technology involves the dematerialization of the world, where things disappear into pure functionality. We have long since passed a stage where we could keep track of technology.
Published by Richard on June 14th, 2011

The Song of the Lark
by Willa Cather
tagged: currently-reading and 2018-reading-list