A fog wave rolled through Toronto recently, and it made for muted streetscapes and haunting photographs. 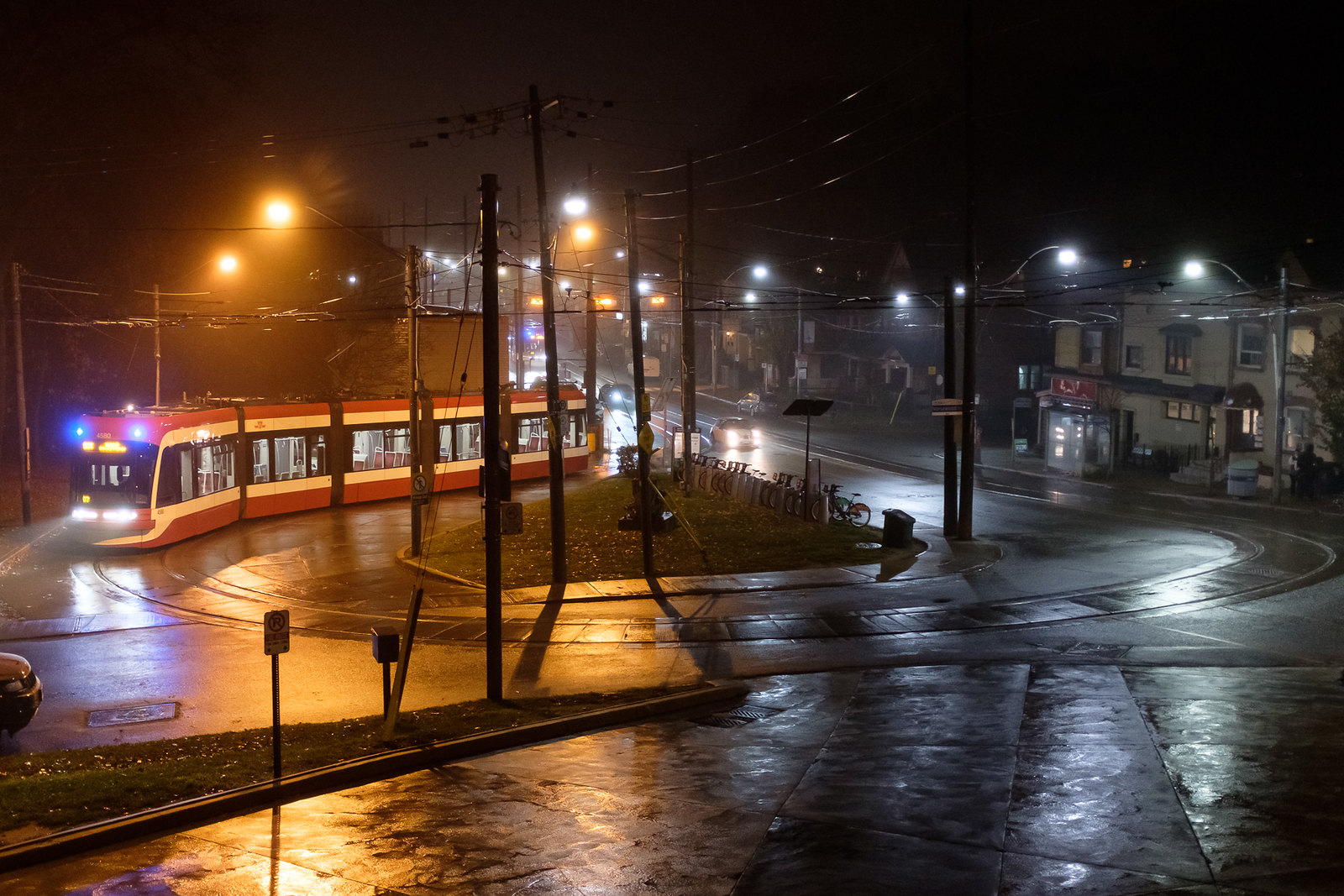 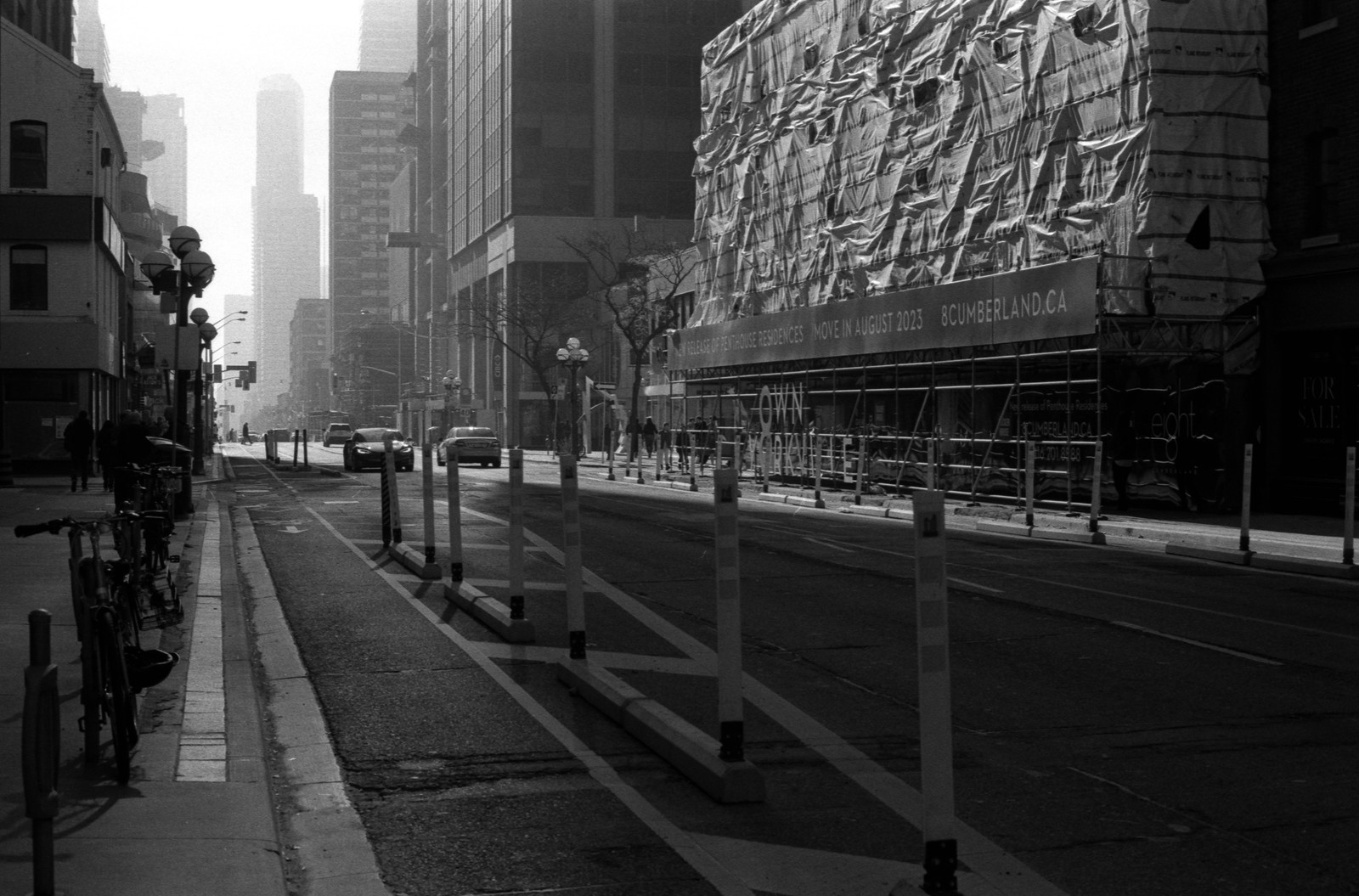 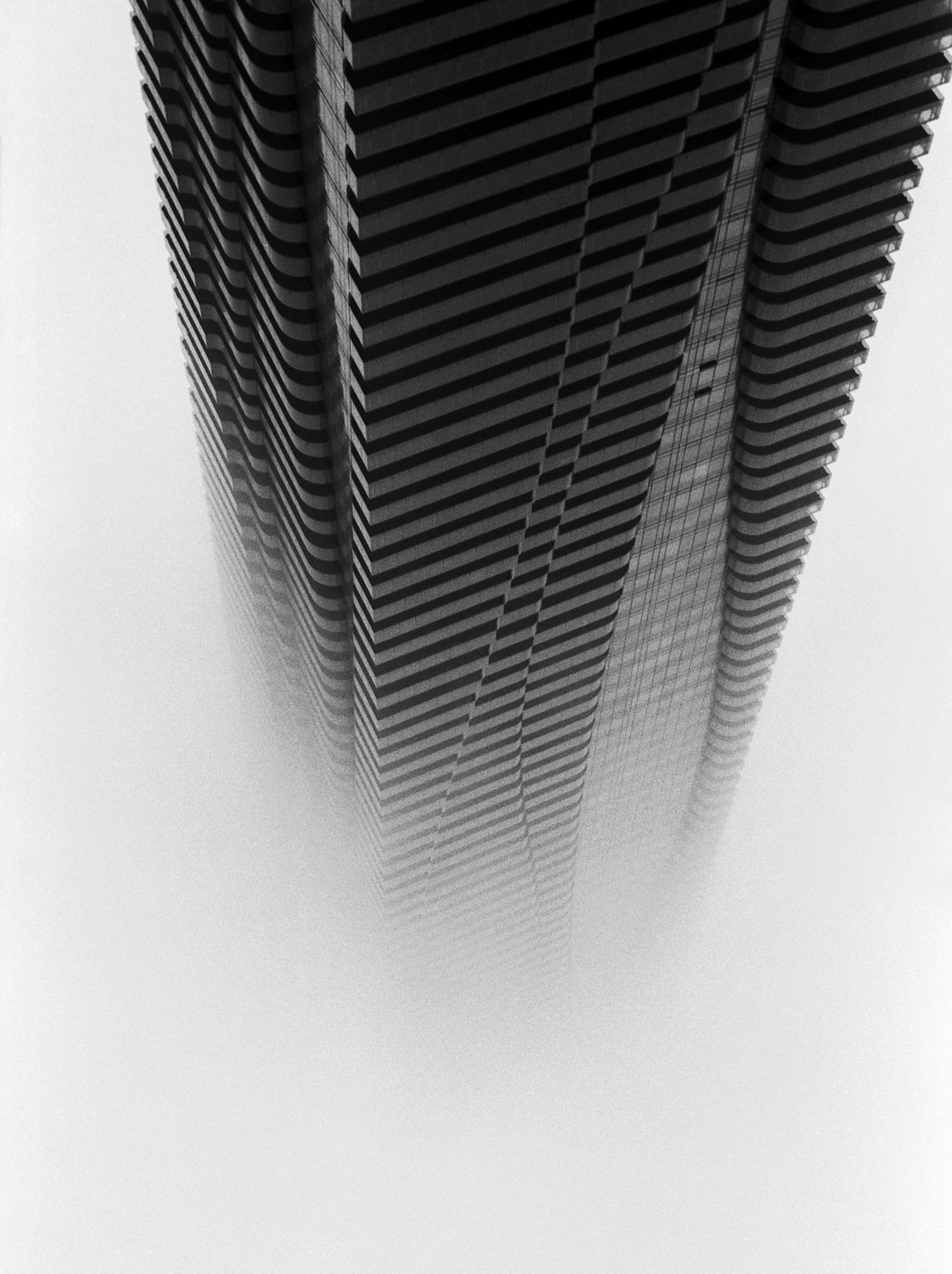 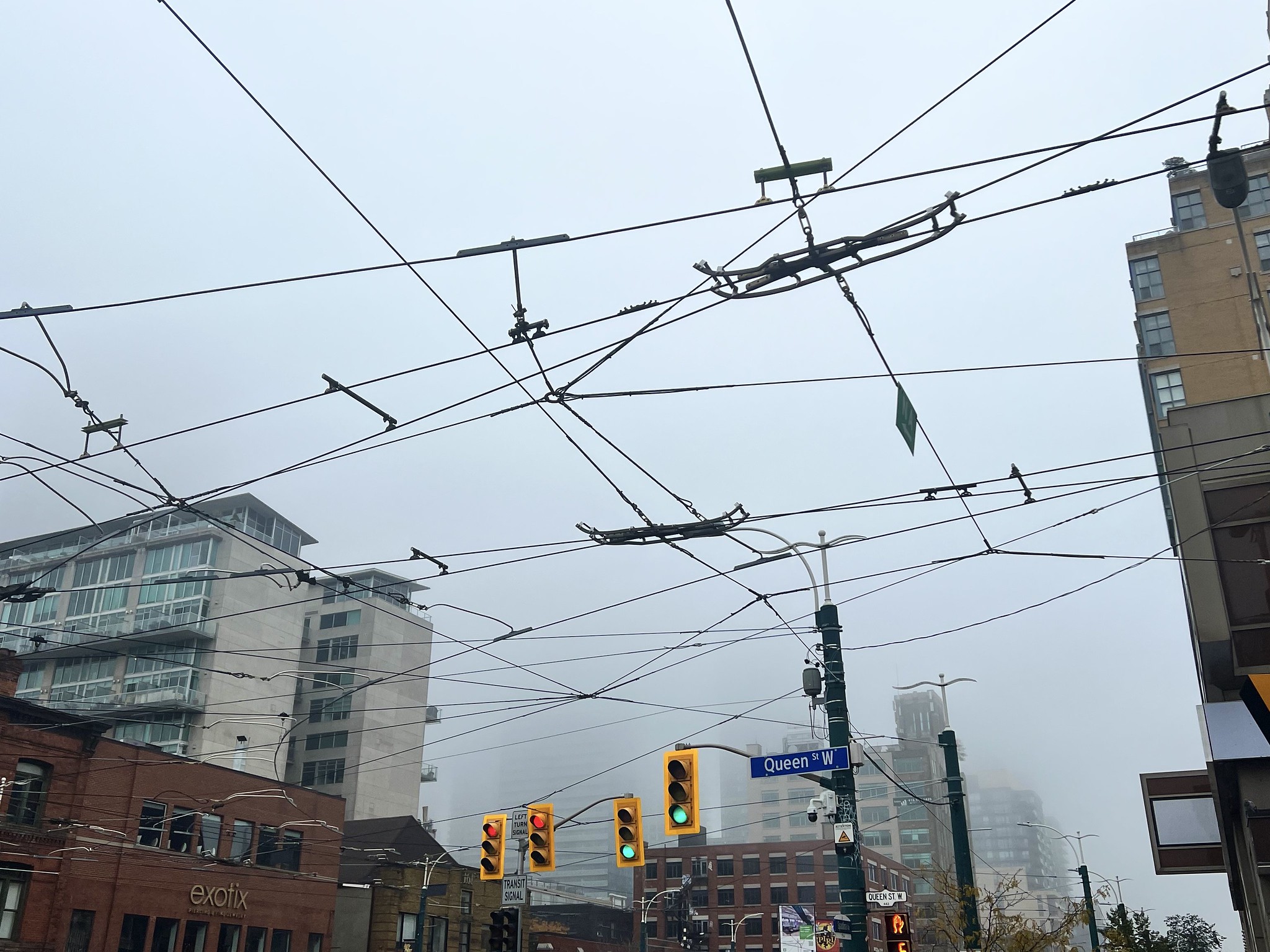 That last one is mine. Every time I pause to look at the CN Tower, the thought "I can't believe I live in Toronto" occurs to me. So I take a photo of it, post the sentiment to the now-defunct social media site Twitter, and copy some over to an album on Flickr.

It made some sense to come here in 2015, but since then, it has progressively made less and less sense to stay here. Aging (and dying) parents back home in British Columbia, family get-togethers that I can attend briefly on video, the closing of the office I moved across the country for make it increasingly difficult to remain. Remembering how much it rains in B.C., plus the prospect of packing everything I acquired in Toronto, which constitutes almost 100% of my possessions, keeps that feeling at bay. In the past month, I've signed on for another year as Secretary of the Icelandic Canadian Club of Toronto, and accepted the nomination for Secretary of the Garment District Neighbourhood Association, asked if there were any other nominations, and, hearing none, was elected to the position by acclamation. So I have stronger connections to Toronto than I did a year ago.

Still, everything, including going to the corner store, seems harder after the pandemic started. That must have something to do with coming down with COVID-19 in the summer and "fully recovering" and, since then, starting again to do more or less everything I did pre-pandemic. Hopefully that means more to catalogue here in the coming months.