Another pandemic year, another Towel Day. I finally read Don't Panic: The Official Hitchhiker's Guide to the Galaxy Companion by Neil Gaiman earlier this year, and it was everything and more that I hoped it would be. It has a hard-to-fathom amount of detail about the life of Douglas Adams and the production of the series. I brought the towel I got as part of Vancouver Public Library's One Book One Vancouver out of storage again, along with Archie the Humpback Whale (whom I would nave named Noel after Douglas's middle name). I'll walk around with towel and hopefully I'll see some other hoopy froods who know where their towel is. I brought them to the co-working space, so I know where mine is. 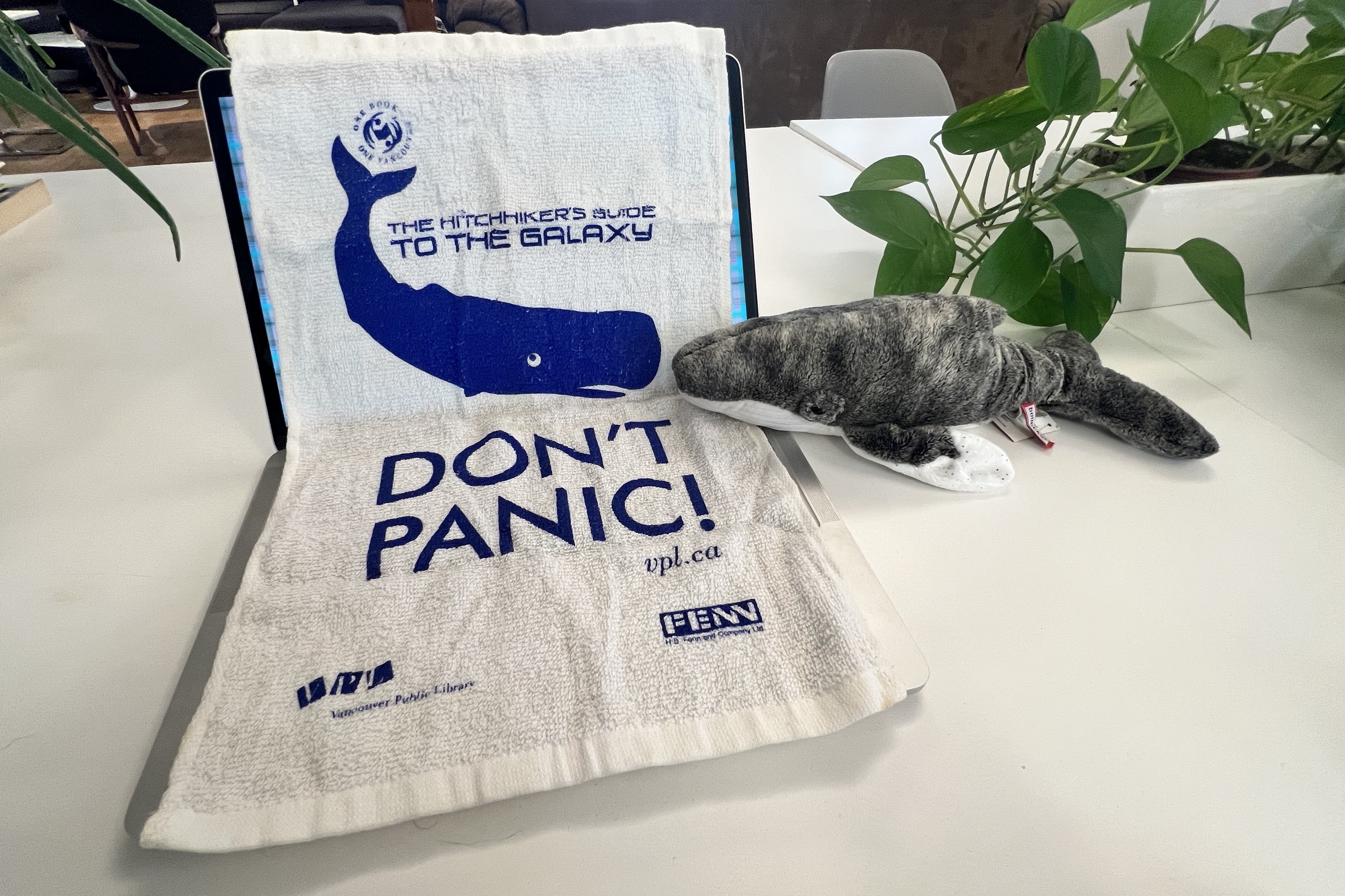 Douglas Adams is tied with Zadie Smith as my favourite writer of all time. He, along with Steve Martin, are the heroes that aren't my dad, because they all taught me it was OK to strive to be intelligent and have a silly streak. (Monty Python, which I'm a fan of as well, taught me that but I could never fully get into them. The comedy troupe figure prominently in Neil Gaiman's book and Douglas Adams's life, as one would expect.) The heart aches when considering all of the deadlines that would have gone whooshing by had DNA lived longer.

Previously: There's a Frood Who Really Knows Where His Towel Is