Posted by Richard on Wednesday, 1 September 2021

My review of The Minister, an Icelandic TV drama, appeared in the September 2021 newsletter of the Icelandic Canadian Club of Toronto (of which I am currently the secretary). I am reprinting it here with permission. 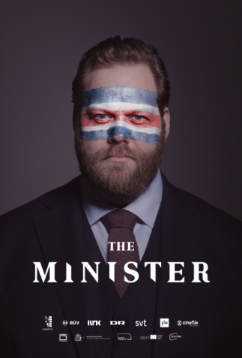 The newly elected prime minister of Iceland has a secret that could topple his carefully crafted coalition government. On the heels of promising to only take power if the electorate meets a high turnout threshold, Benedikt Ríkardsson takes his case to the people via Twitter to get ideas on how to fix the constitution. Add to the mix a scorned party loyalist and others angling for the top job, sexual tension, the conflict (and alignment) between politicians and the press, shadowy backroom figures and a mental illness that threatens to spin out of control. While the ultimate outcome seems inevitable, everything in between has the viewer on the edge of their seat wondering how the players will stay alive both politically and literally.

The TV show, broadcast on TVO twice in the last 12 months, makes reference to Icelandic history and current events and international relations, and spans 8 hour-long episodes. Starring Ólafur Darri Ólafsson (Trapped, True Detective) as the prime minister, Þuríður Blær Jóhannsdóttir (The Swan) as his aide, Anita Briem (The Swan, The Tudors) as his wife, and Thor Kristjansson (The Swan, Yes-People) as the speaker of the parliament and, of course, long sweeping shots of Icelandic landscapes. TVO has even made the show available on its website to Canadian residents.