Sixteen Months of Sheltering in Place 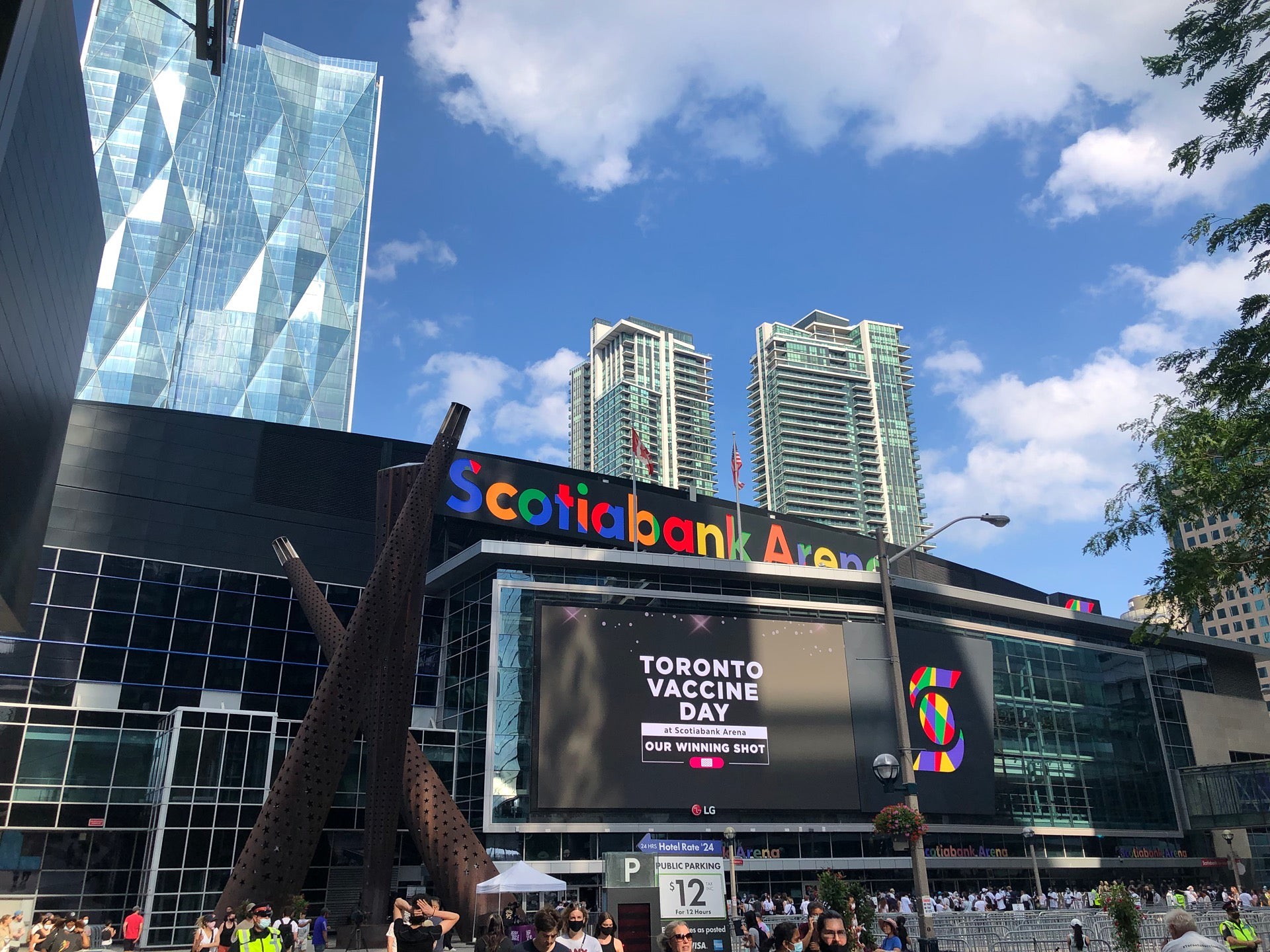 I knew Toronto was trying to set a record for most COVID-19 vaccinations in one day at a single venue, but signups were so popular that I couldn’t get an appointment. I had managed to get on the waiting list for a pharmacy beforehand, and on the actual day, Toronto Vaccine Day, I walked by Scotiabank Arena mainly just to see the crowd. By the time I got there, the line had dwindled, but it wasn't obvious that I could waltz right in, so I walked back home and felt happy about the exercise I got. About 15 minutes after I got home, I saw a tweet1 that said they were taking walk-ins. So I biked back down, and bada bing bada boom, I now have the Moderna shot as my second shot. I couldn't believe how efficient and fast the whole process was. The only thing that seemed to have gone wrong was the music outside the stadium, in order to make it feel like a party atmosphere, made it hard to hear the attendants. This wasn’t the venue I most wanted to get a vaccine at (Rogers SkyDome was), but this’ll do just fine.

I’m one of the 22,000 people (and counting) who got their COVID-19 jab, this one being my second, as part of #TorontoVaccineDay. Count me as @fullyjabbedCA. HYFR. pic.twitter.com/ix0Wna9SPa

Relating the story to my America co-workers later, they thought it was awfully Canadian of me to get a vaccine in a hockey arena.

I've always liked the British expressions for things, and "the jab" as the term for the vaccines always gave me a smile to my face. As a result of that, and influenced by the UK bot that preceded it, I created the Twitter bot Fully Jabbed Canada as to track second shot uptake as they started to become available to Canadians.

It's been two weeks since that second shot, meaning Canada considers me fully vaccinated. As a result, my morale has improved significantly. Ontario had already started allowing dining on patios (which have been taking advantage of at the diner next to my place) and in-person shopping since my last report, and as of this coming Friday, the provincial government is lifting more restrictions a few days early than planned, like they did the last time. The plan had been well-received (somewhat shocking for how it had handled the locking down in the first place), and I get the sense that they are learning to underpromise and overdeliver. The pandemic doesn't feel over for me. I'm making plans to go hiking and meeting up with local friends again, and visiting art galleries and museums and planning day trips with more confidence.