Planning ahead for the July 1st long weekend, I took the 2nd, a Friday off (which it sounds like a lot of people did), as well as today, a Monday, with tomorrow off as well so that today isn't my Sunday. It was the perfect opportunity to go to Toronto Islands. 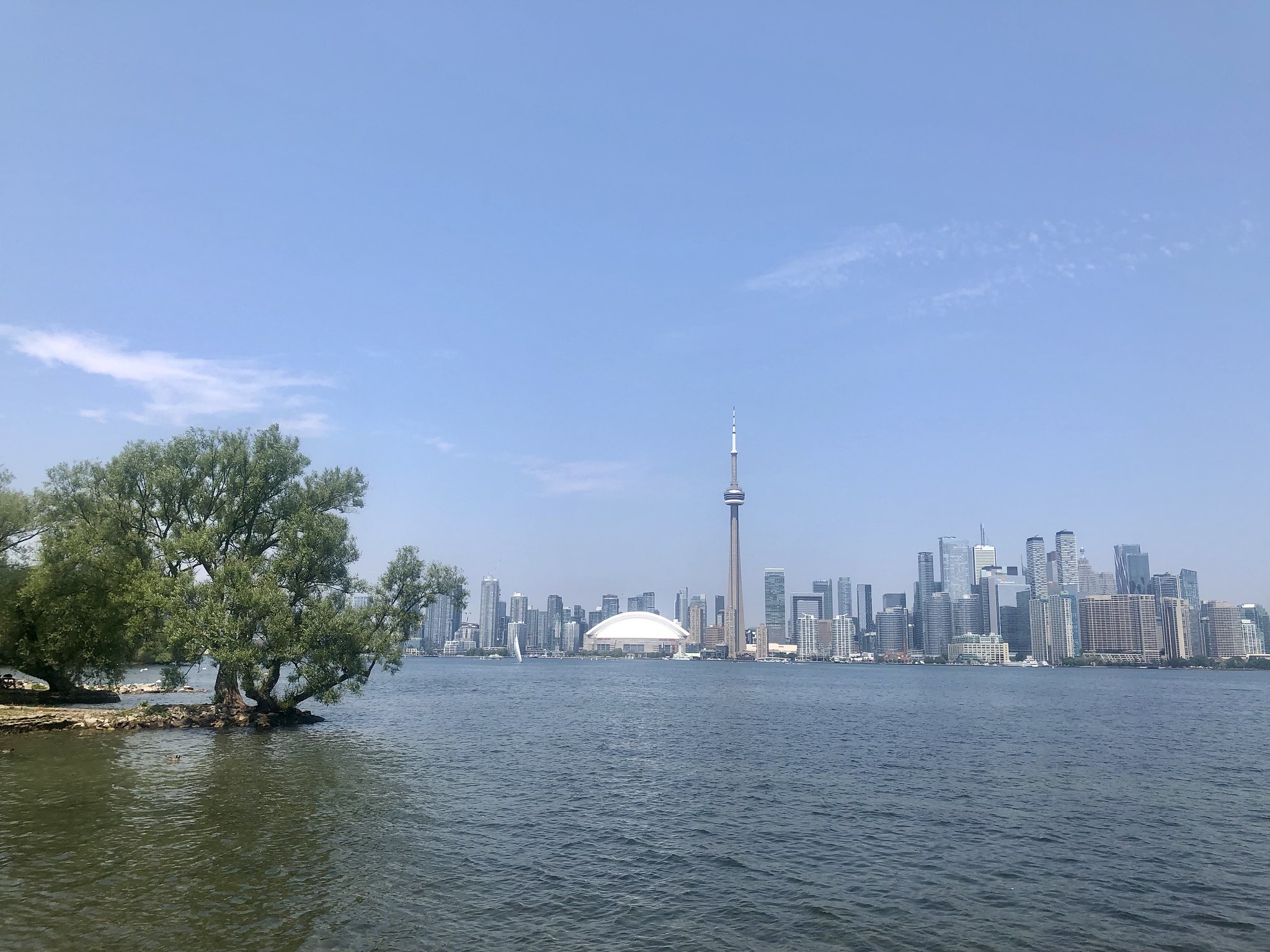 In my previous two visits, I was able to have a hot dog at the Riviera Pub, but this time I was denied on the grounds that it was on the kids menu. (Which was true.) The burger, which did take a half an hour to arrive, was delicious, at least.

The trip was a bit hastily arranged, as I do have something that will keep my iPhone on my person when I go swimming, but I didn't bring that nor did I have a beach towel. No dunk in the lake this time, but maybe next time, as I have a weekday vacation day coming up in August. 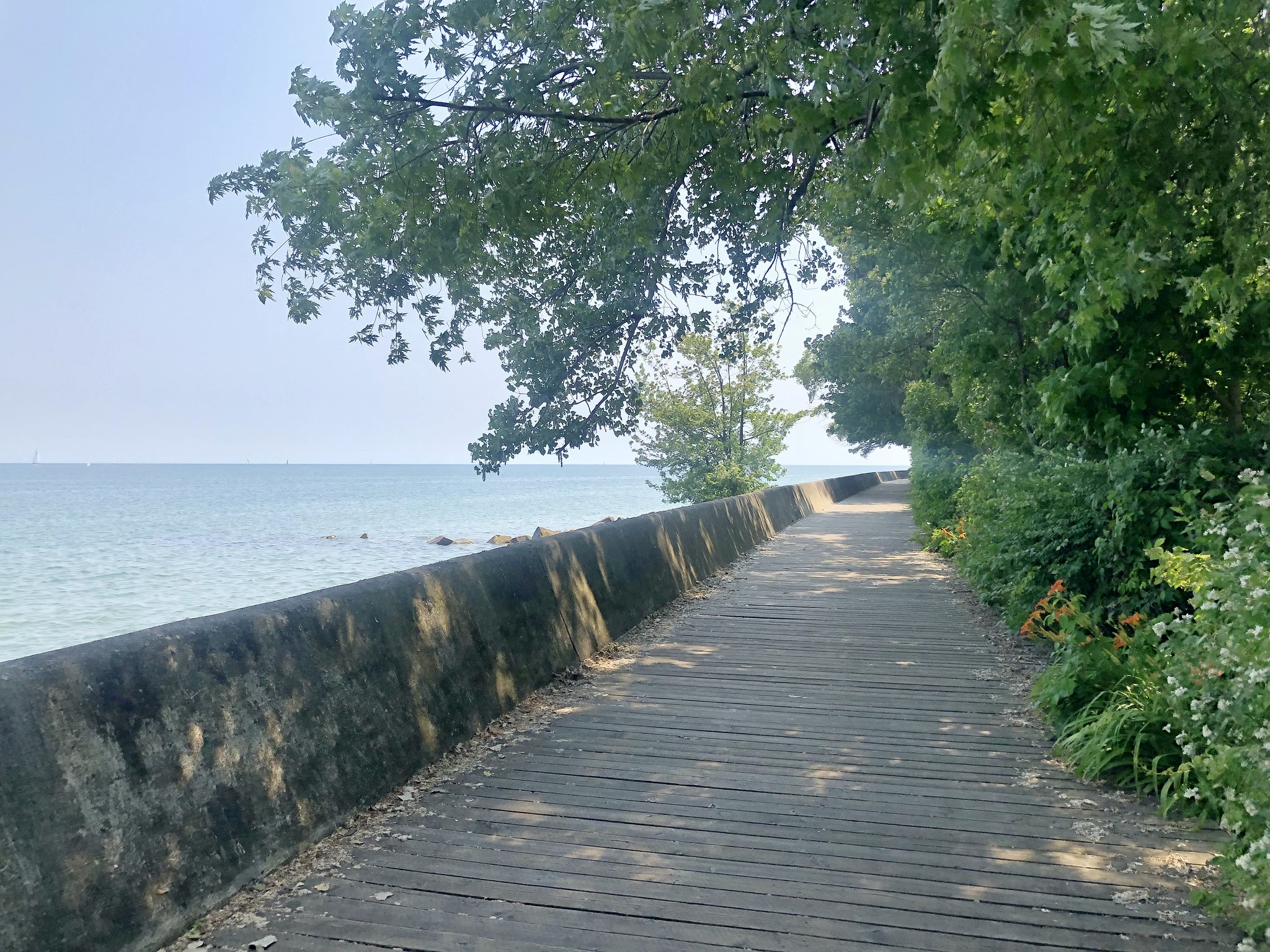 Bike rentals were available today, and that would have saved me some of the money I plowed into a Toronto Bike Share bike. As I thought would happen, someone asked me where to get them, and I told them it was "from the mainland" but also pointed out that there were feedback QR codes all over the island for them to make that request. I still think it would be way more convenient to have bike share on the Islands. (I've already made my voice heard.) I noted that I wasn't the only one who had taken a bike share bike on the ferry today.

I played the usual location-based games while there, gaining some newly capture portals to my stats, as well as cleared some fog from Fog of World and checked in via Foursquare's Swarm to each of the places I stayed at for more than a few minutes. I couldn't get close to any new microconfluences, though, since the ones I had wanted to document were more than 100 metres into the water on the south side of the islands.

There were a lot of people on the ferry today, including a kids camp group. I would later find out that there were quite a few kids camp groups there. All told I biked for about 2 hours, and I'm looking forward to doing it again this summer.