Posted by Richard on Saturday, 14 November 2020

Faced with the need to get some sunshine and exercise the day before it was expected to rain in Toronto, I flipped through Toronto Architecture: A City Guide by Patricia McHugh and Alex Bozikovic, looking for the closest tour I haven't done yet. University Avenue was the logical choice, as The Globe and Mail had just featured Bozikovic's article on a proposed redevelopment of the boulevard that runs north-south between Front St. and College, with the intersection of College and University marking the confluence of the University of Toronto, the Legislature of Ontario, and a major hospital district.

I started mid-afternoon, on a mid-fall day, so the sun was not cooperative in lighting my shots. Almost every photo in my set on Flickr has a shadow in it, and trees that shed their leaves have lost all of them by this point. Nevertheless, it was a worthwhile jaunt on a very wide street. It is 4 lanes for vehicle traffic. with a recent edition of bike lanes, bisected by trees and places to sit. 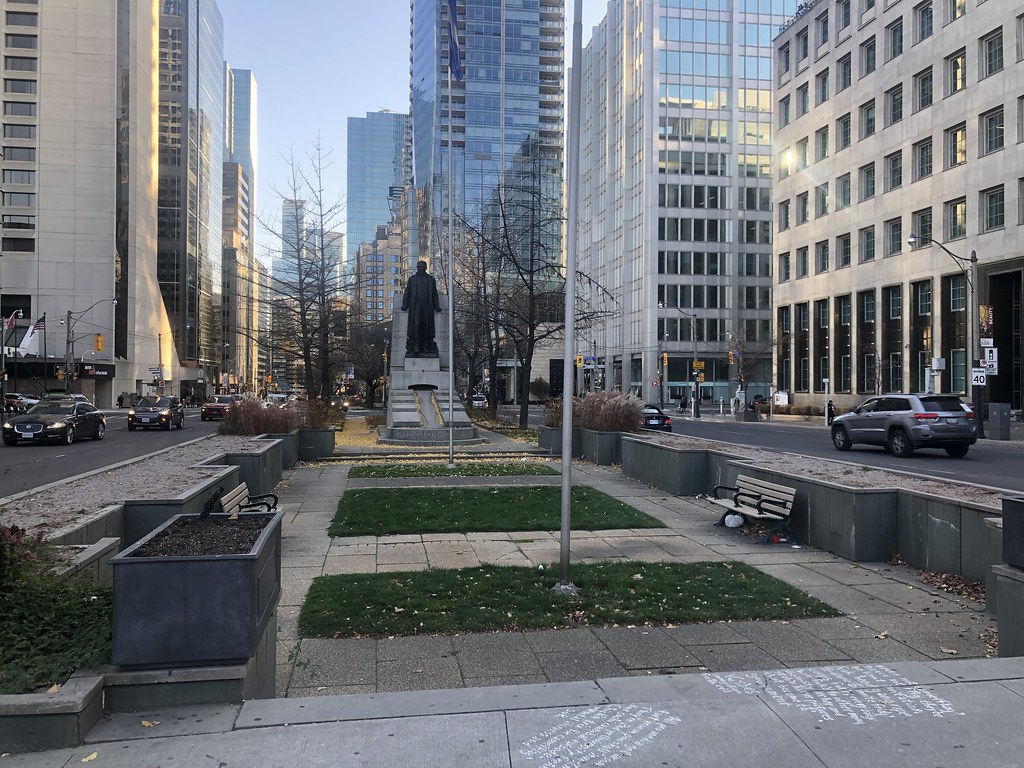 University Avenue is rich with architecture, old and new, big and very big. (Not much about University Ave. is small.) I had to laugh at how big the U.S. consulate building it, but how small it is compared to pretty much everything else on the street. 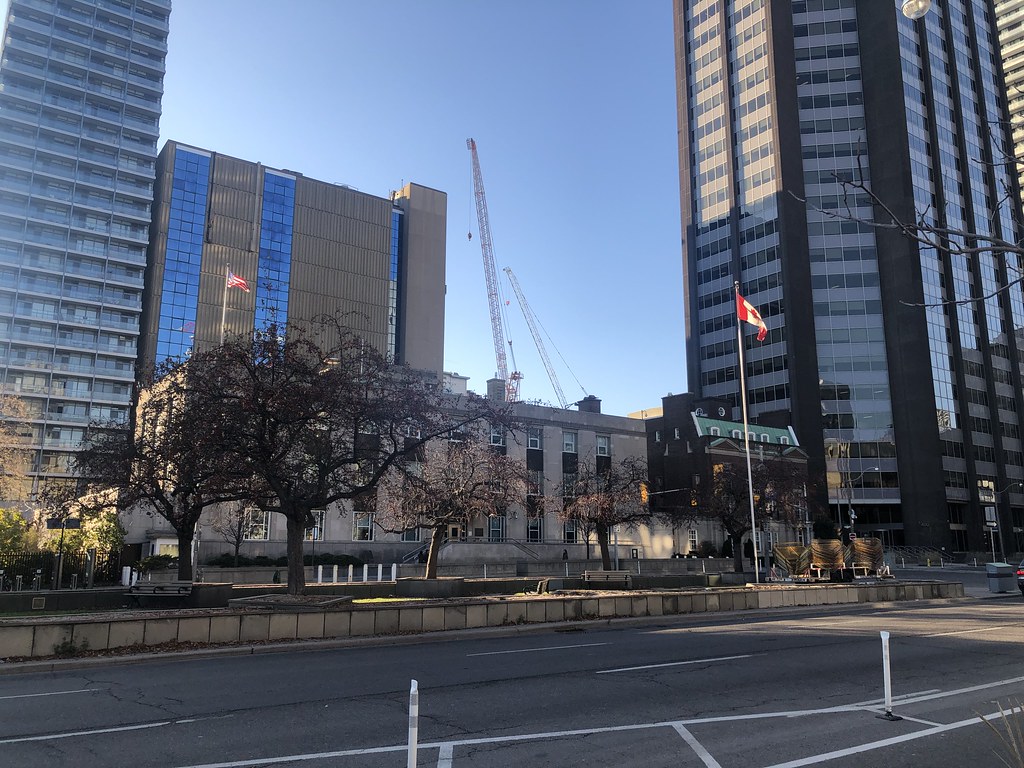 The most interesting building (other than the building with a weather forecast on top of it) is what was originally the Shell Oil Building: “The ornamented, windowless mechanical floor midway up used to be the topmost: the upper seven levels were added In 1966.” 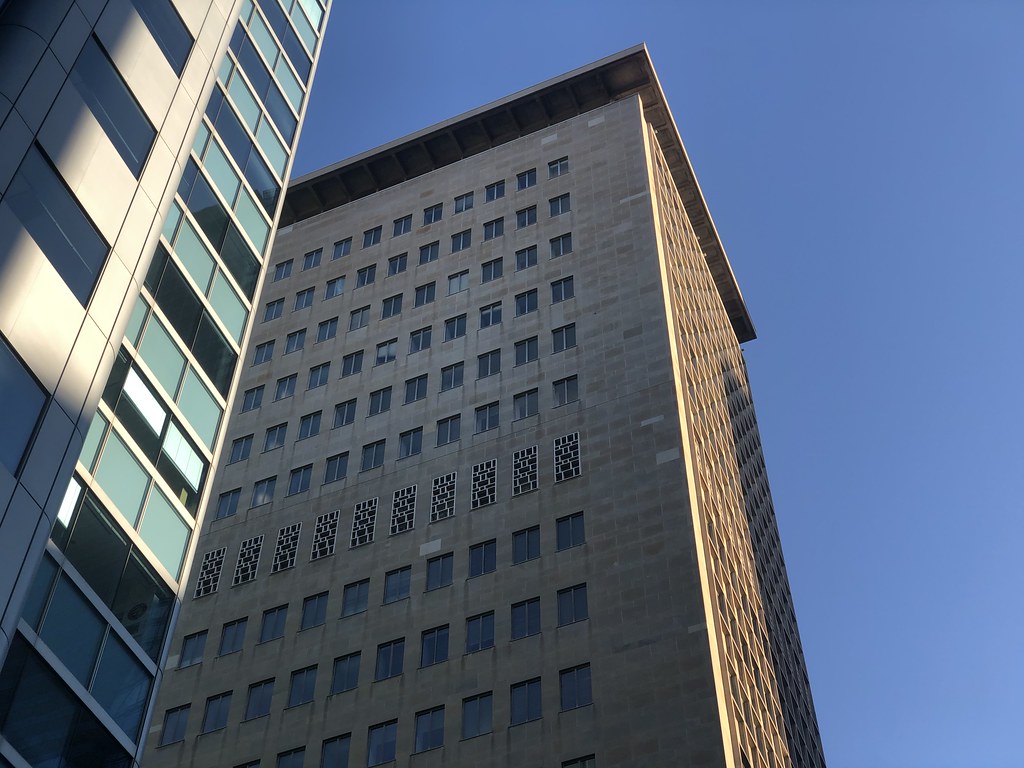 University Avenue gave its name to the subway line underneath it (it is now officially called Line 1 Yonge-University), though due to the COVID-19 pandemic, I haven't taken the subway since the end of May. Normally I would take it down to either Osgoode or St. Patrick station, but thanks to the pleasant weather, I biked south, using Toronto Bike Share.

To see the route the tour took me on, see the activity on Strava.