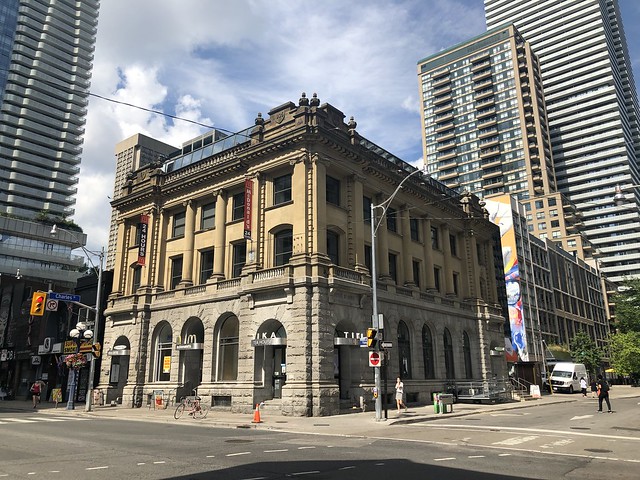 That building housed Mr. Gameways Arc for many years. There was a gaming and social club on the upper floor that had one of Toronto’s computer hook ups long before it evolved into the computers that we know today. I learned the basics of Go, commonly thought to be a Japanese board game which had migrated there from China. Unfortunately those were years in which I just started to use film cameras so I have no prints of my adventures. They had a full mock up of Star Trek’s main set that they rented to corporations to inspire their employees to join the future. It took much effort to dissemble, transport and reassemble it at the various corporate venues.