If you are looking for a Remembrance Day ceremony to go to tomorrow morn, the @fortyork one on the Garrison Common, a battlefield cemetery, is always beautiful & vivid. 10:45 pic.twitter.com/Wv1GfjGoYg

Spurred by a tweet from the best-shod man in Toronto, Shawn Micallef, instead of taking in Remembrance Day at Old City Hall like I have in past years here in Toronto, I took in the ceremony at Fort York. Little did I know that the historical military fortification would be open to the public before and afterwards.

I caught the parade of World War I recreationists as they made their way to the ceremony on the other side of the parking lot from the fort itself: 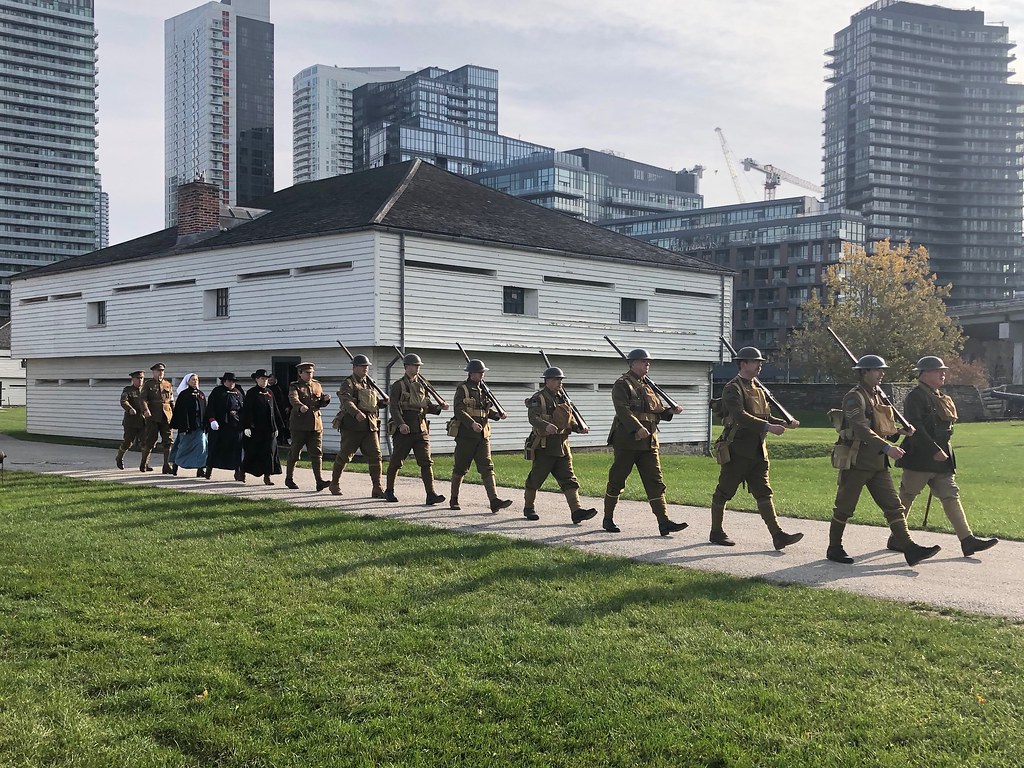 There were few people on the site main site before, so I got some snapshots of how it looked devoid of humanity: 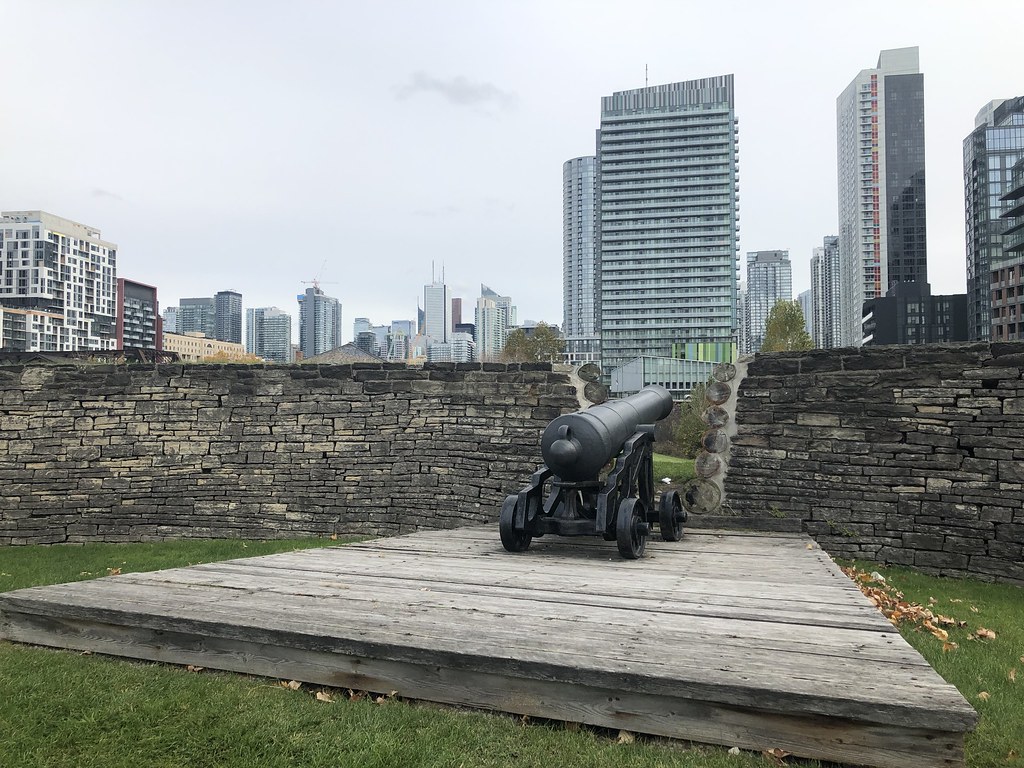 The back door of the fort was open, so I wandered out to see what it looked like: 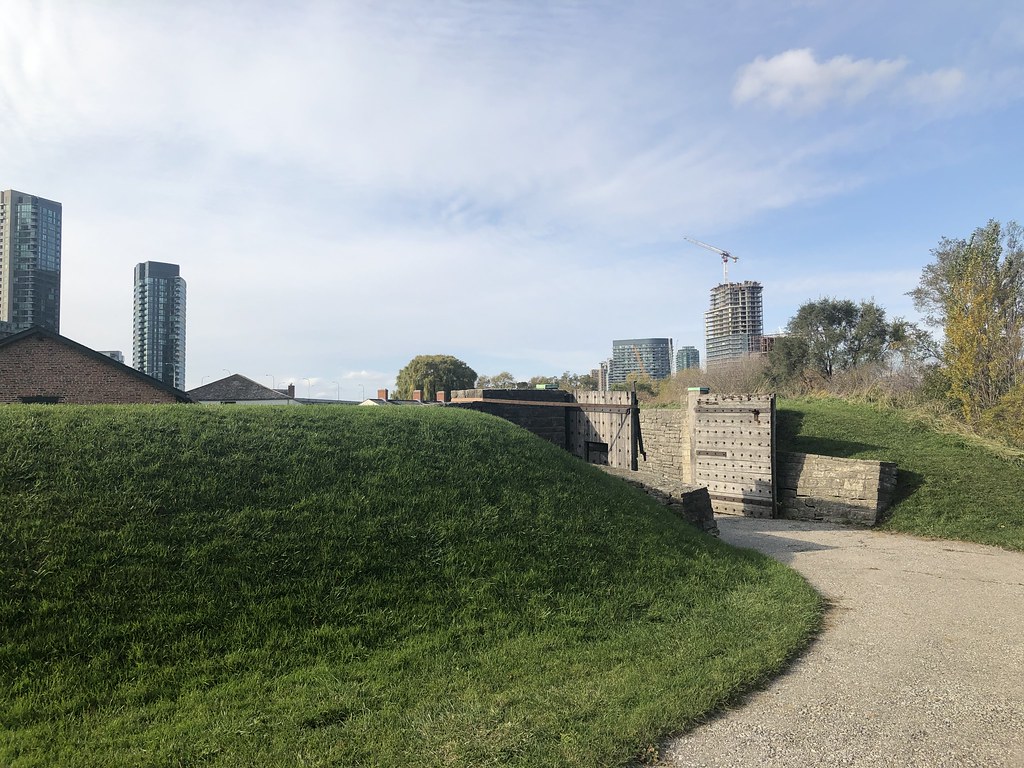 A WWI recreationist and his gas mask (in the pack on his chest): 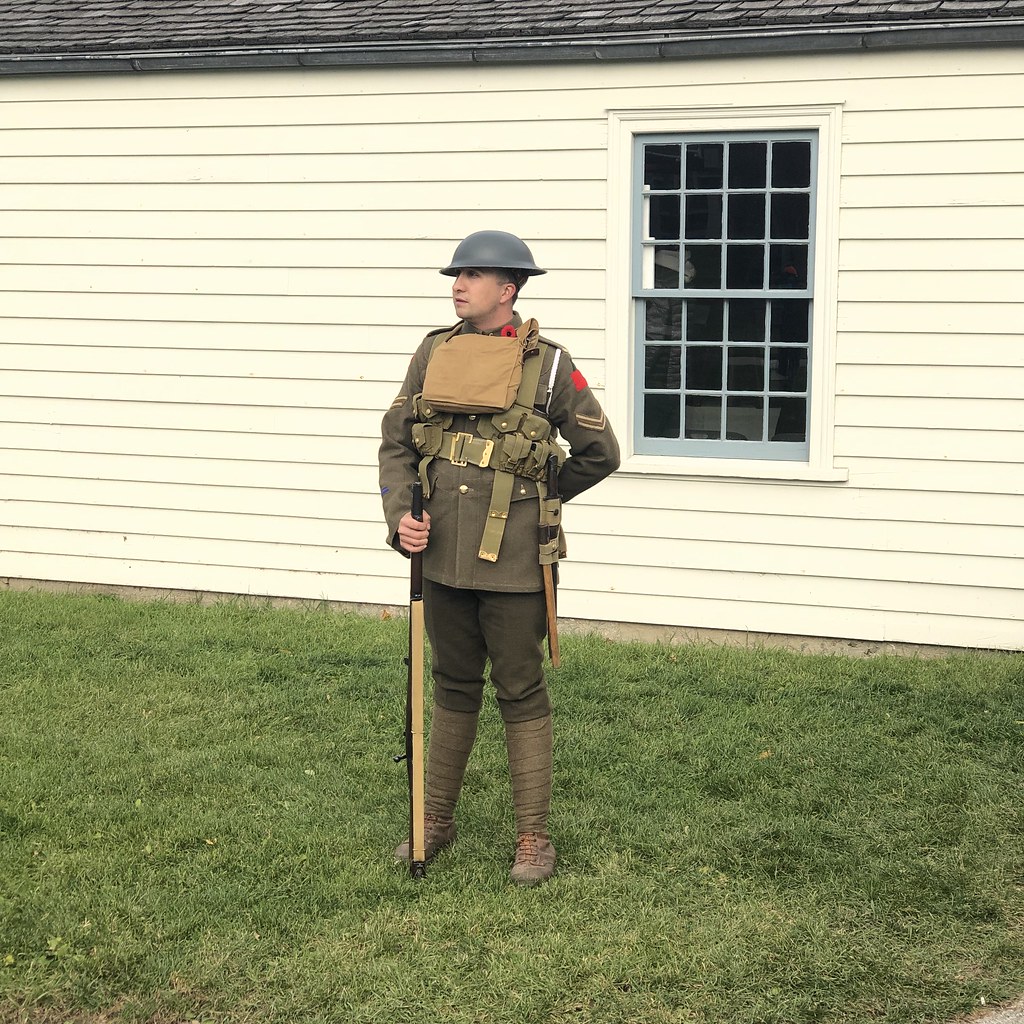 The CN Tower was the backdrop for the ceremony held on the other side of the Fort York grounds: 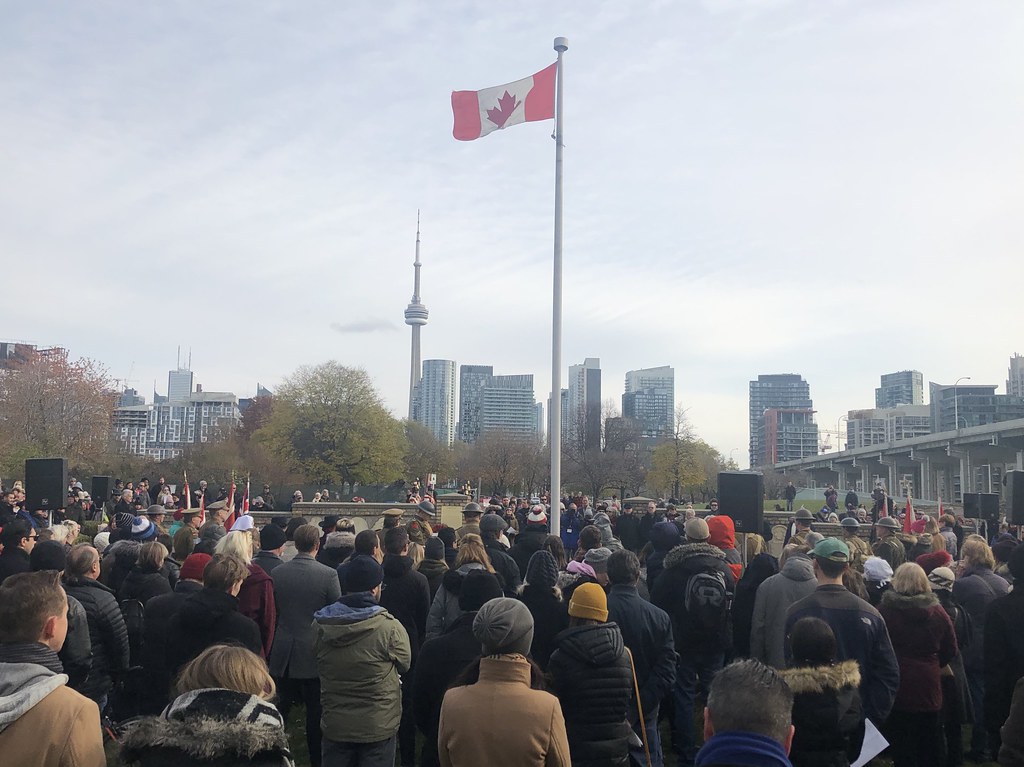 A canon is pointed towards the Gardiner Expressway: 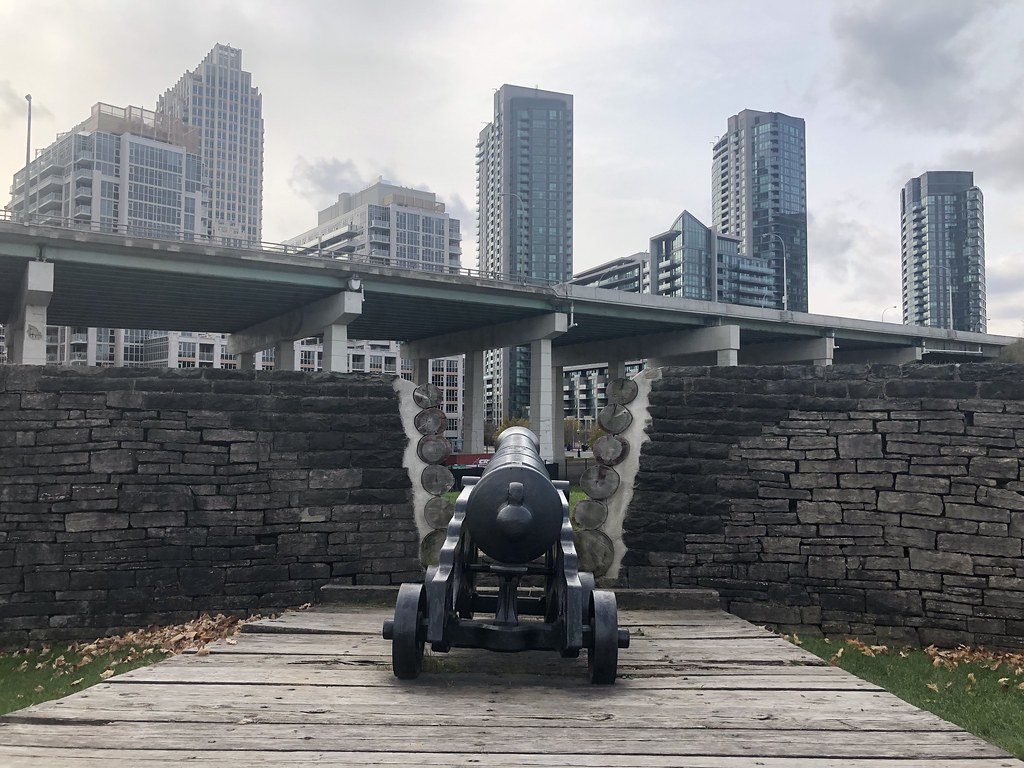