The other life form in my apartment (until I started bringing in flowers) was a aloe vera plant. I had no strong desire to extract the aloe vera itself, and living alone, I wanted something to care for that wasn't just me. I have on my Sunday routine to water the plant, and so far so good. Except for the first year or so, I had watered it too much. After giving it to a friend in Toronto to care for it for 3 weeks while I was out of town, she and her partner gave it a name (Lady Jane, after Lady Jane Grey but mainly because they like the sound of it), and, noticing it was unhealthy, even drew up plans for its rehabilitation: 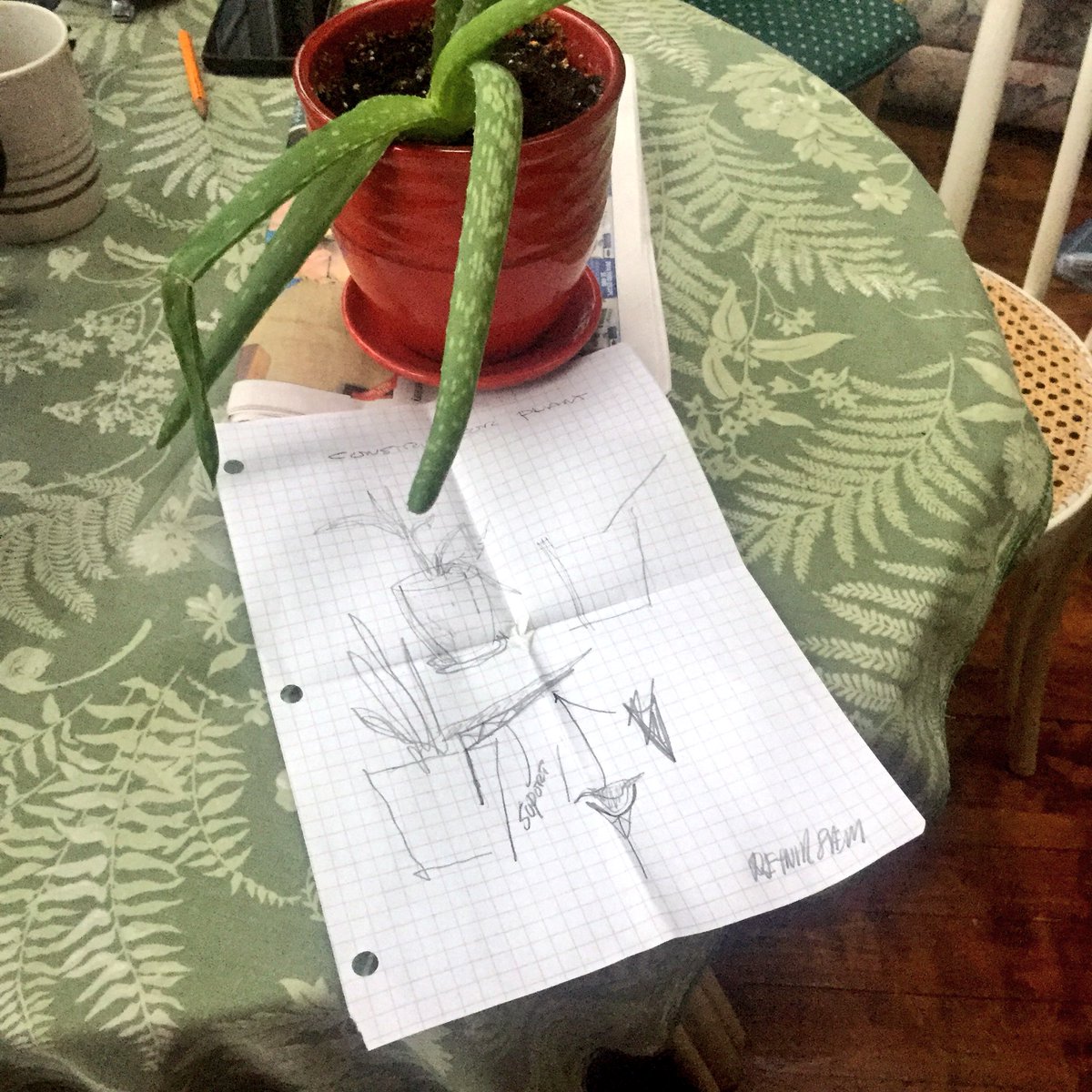 On its arrival back at my apartment, I propped it up with some chopsticks and twist ties: 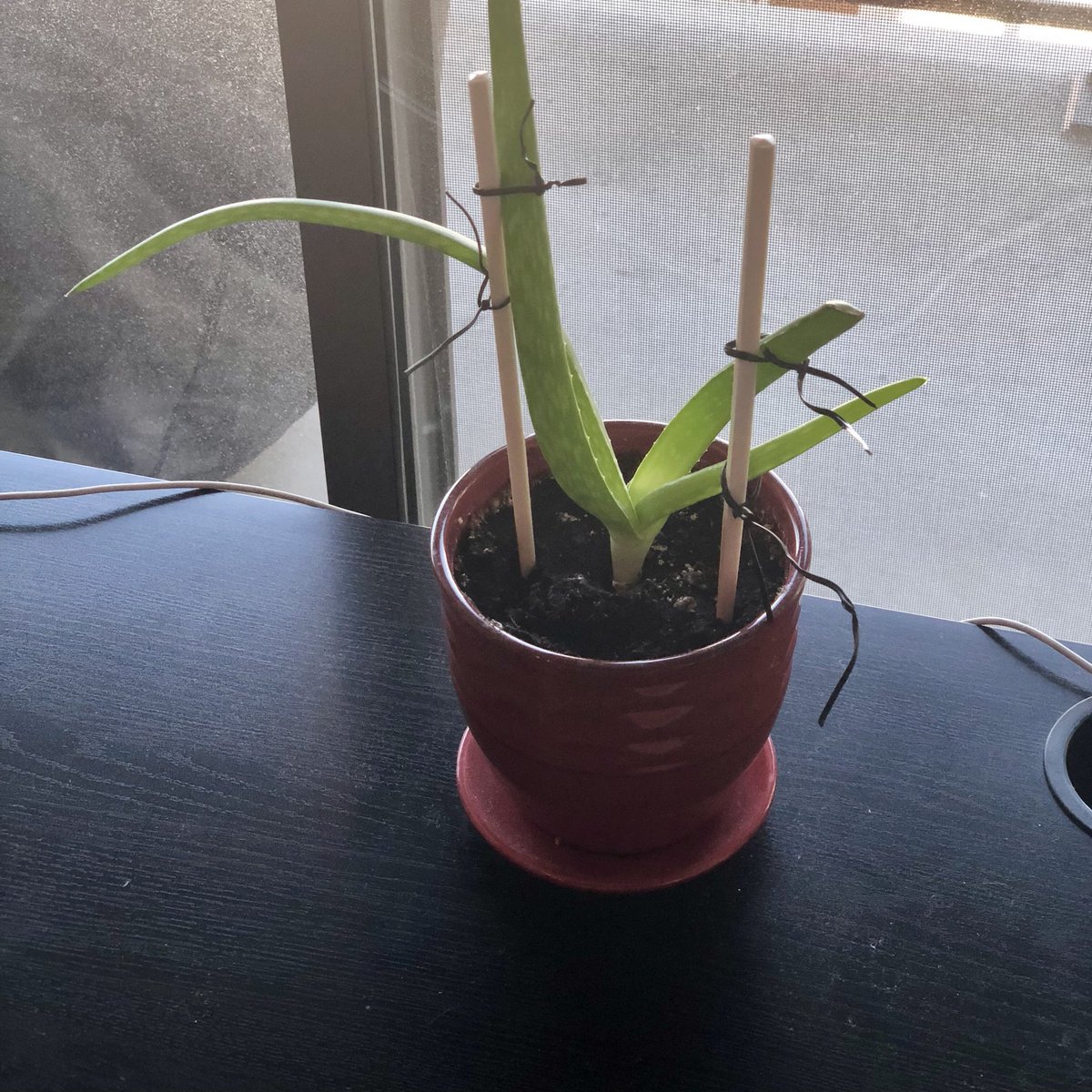 It's doing well, now, though still with its supports. Today, that same friend has given me 2 more plants to take care of:

They don't yet have names, so I will take suggestions. I'm also looking forward to potentially taking in a 4th plant once I get my second bookshelf, one that will drape down the side of it, potentially.

(I regret to inform you that after I took the photo of all 3 plants, Lady Jane lost an arm.)