It’s Relatively Cheap to Get Started With Making New Sounds

Posted by Richard on Thursday, 4 October 2018

I’m not really sure what I was doing at Drone:Klub:21 beyond listening to synthesized music coming at me from all directions. It was pretty cool seeing men (let’s face it) agree on a key and a tempo and make new sounds from electrons, but I’m one of three “audience members” in four chairs provided. There were three times as many performers as listeners.

I keep wondering if I should bother goofing around with synthesizers. A co-worker asked if I was a musician, and it’s always tough to answer No to a question that is much more exciting when the answer is Yes. At least it’s relatively cheap to get started with making new sounds. I got interested in the idea of synthesizers when I saw the jaw-droppingly beautiful Teenage Engineering OP-1. And jaw-droppingly expensive (though it’s obvious to me why). There’s a lot of feelings I have around music, my father being a musician, and my parents’ respectable attempts to get us to play the guitar and keyboard. Synthesizers, especially the ones that look nothing much like a piano, appeal to the computer enthusiast in me, but the learning curve is a bit daunting. 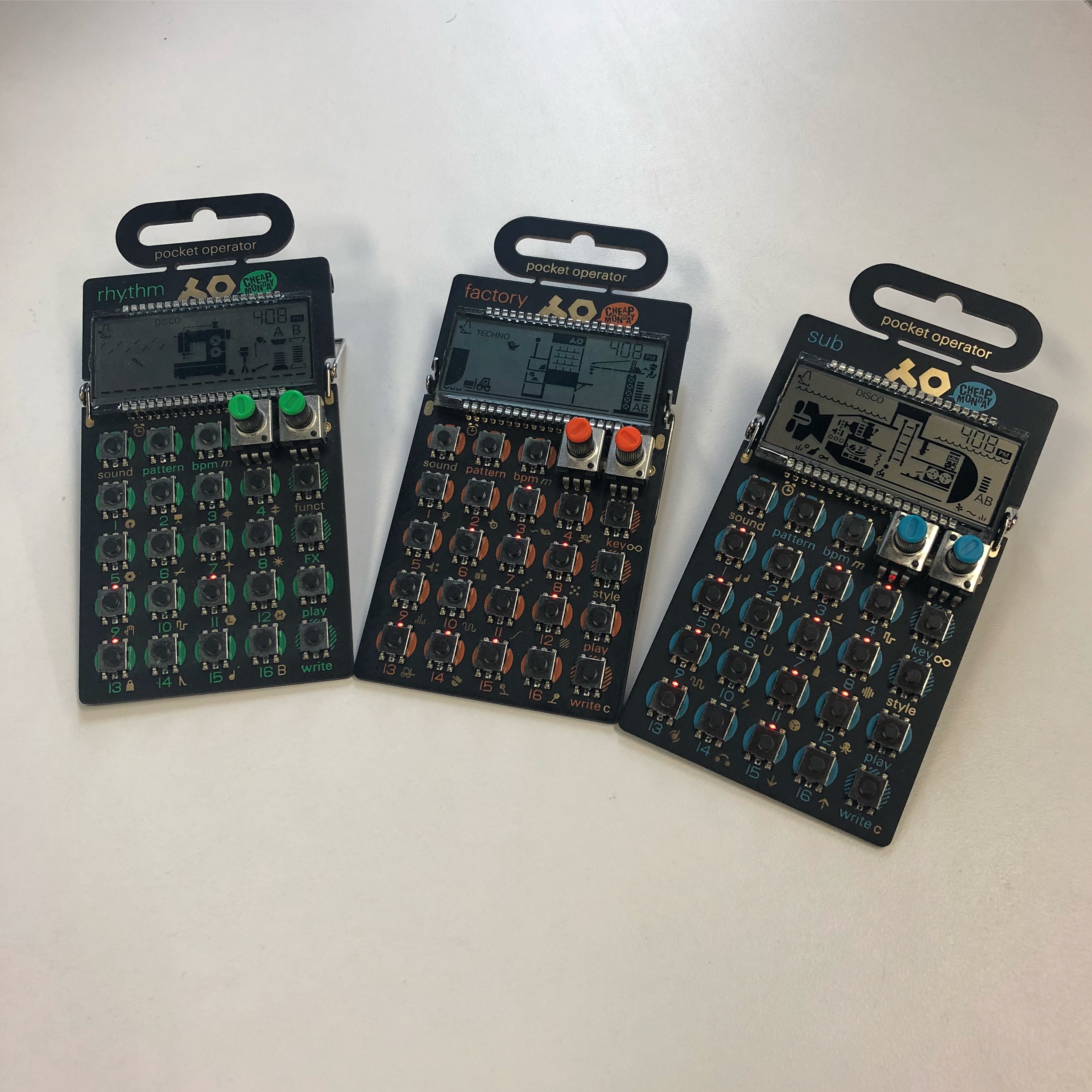 “Start small” has been a mantra lately, and that applies here too. I now own 3 Teenage Engineering Pocket Operators, a MIDI keyboard, and some starter software on an old MacBook Air. Maybe when January rolls around, I’ll have something to contribute to the #jamuary hashtag on Instagram.