As part of Vancouver Design Week 2014, a senior urban designer from the City of Vancouver took us on a 3 hour bike tour of Vancouver's architecture. We started in Olympic Village, made our way north on the seawall to Chinatown, then rode through Gastown to the convention centre, after which we biked to Stanley Park and then to Third Beach, ending at Mole Hill. 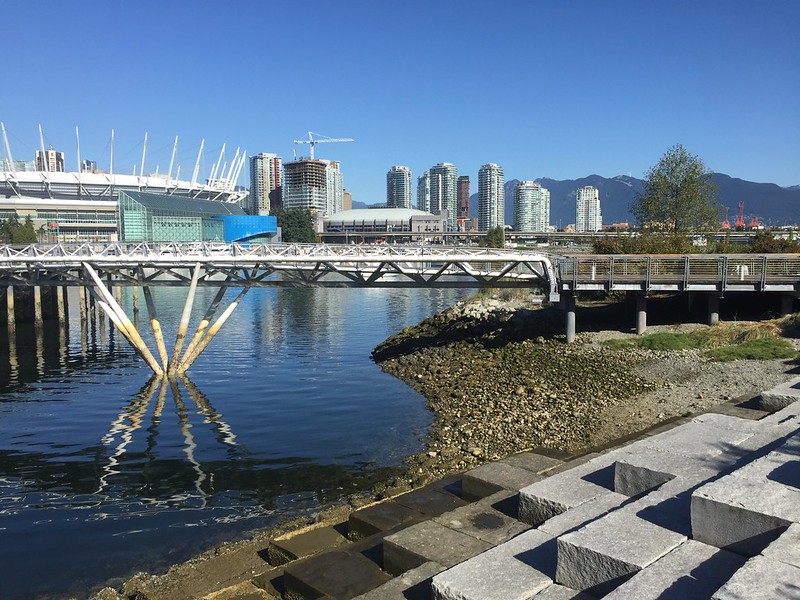 I got there 3 hours early because of a hilarious mixup. The time zone on the event listing was EDT, so what looked like 1 PM on the website was actually 10 AM. I emailed the organizer asking which one it was, but never heard back. So I had time to kill in SE False Creek. 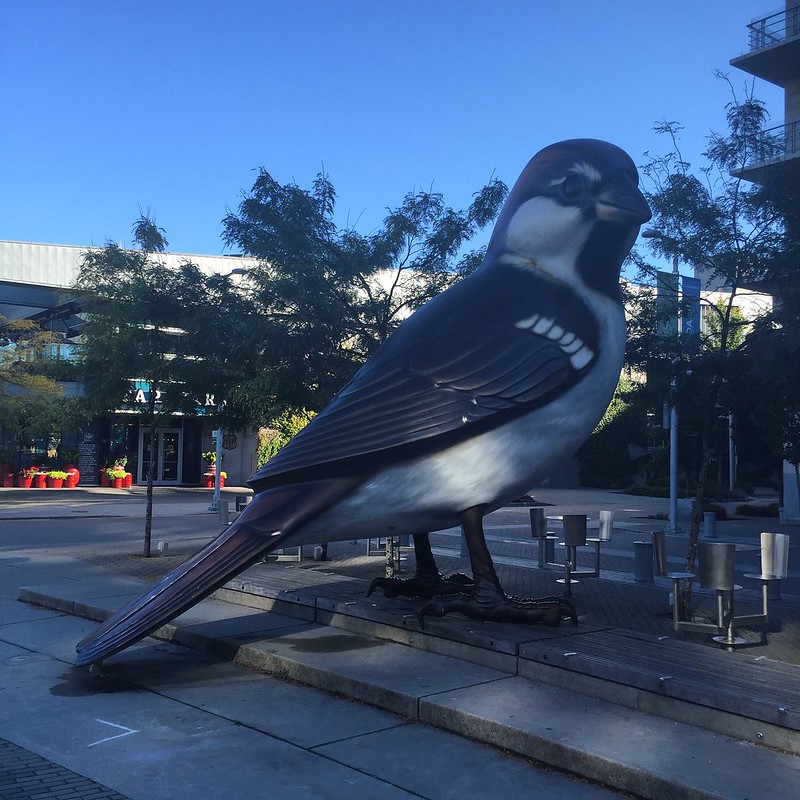 We met by one of the giant birds in the Athletes Village Square. Not this one. 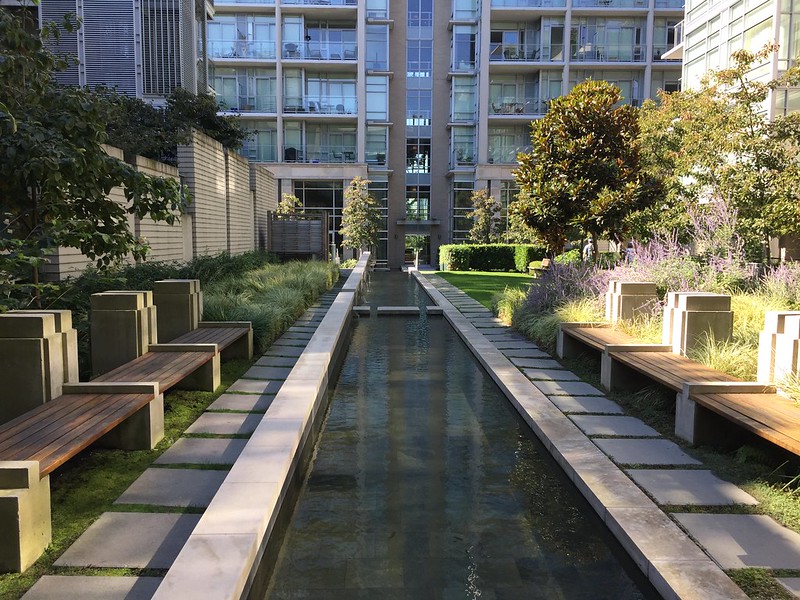 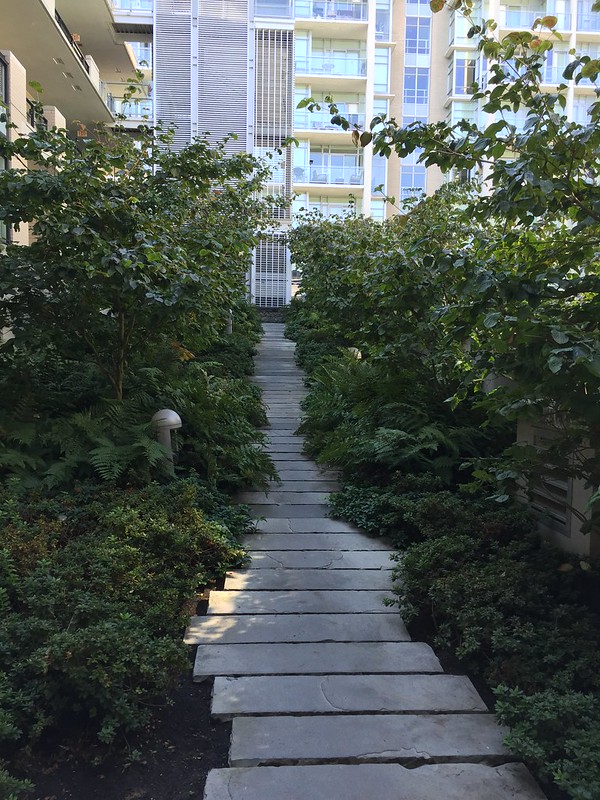 The fountain and walkway, open to the public but with a semblance of privacy, adds to the sense of calm in the neighbourhood.

Our guide pointed out the non-market housing that didn’t have any telltale signs on the outside. 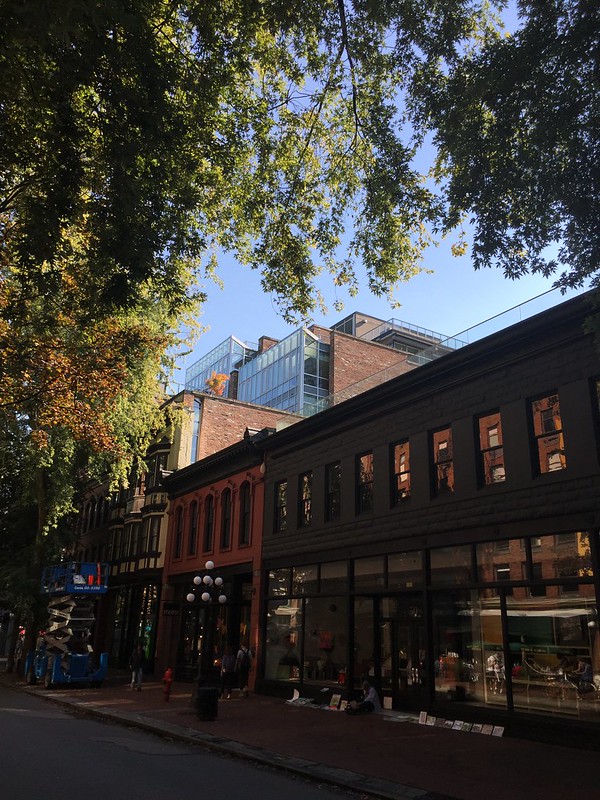 I spent a year working in Gastown not noticing the setback office buildings in historic historic Gastown. 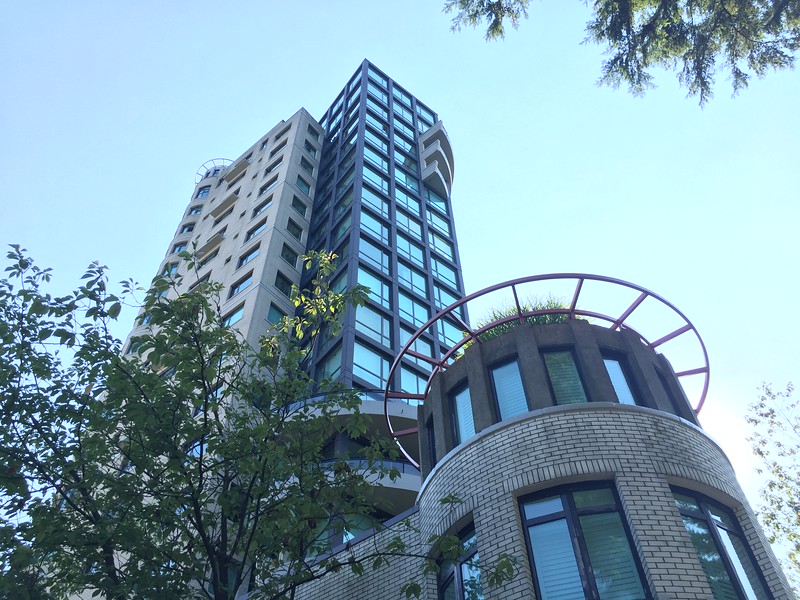 Richard Henriquez building on Barclay St. and Lagoon Dr. The building has a listing on Condopedia and, well, there’s a thing called Condopedia. 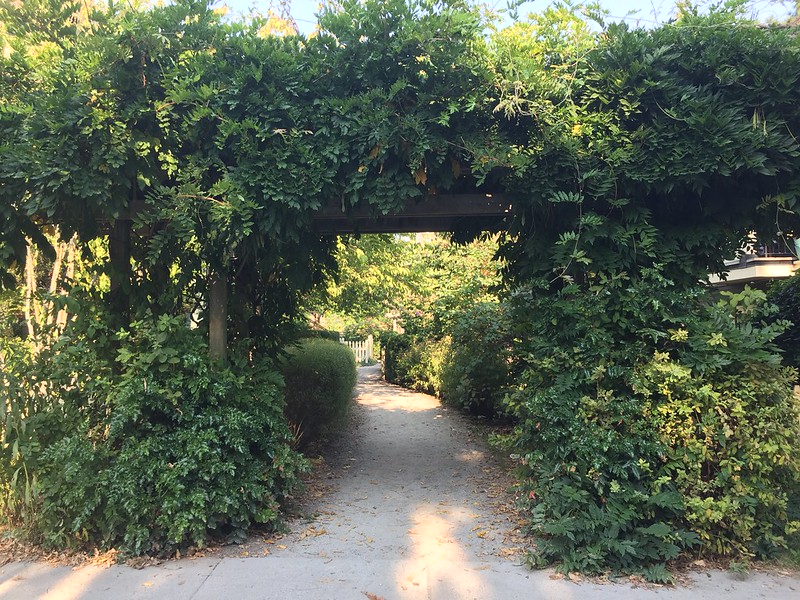 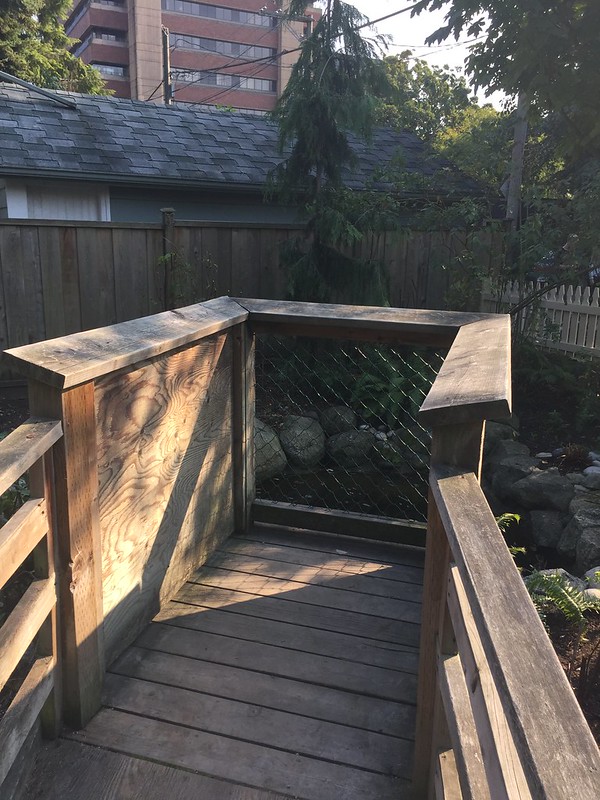 We ended the tour at Mole Hill, with a creek running through it, there's this tiny lookout. 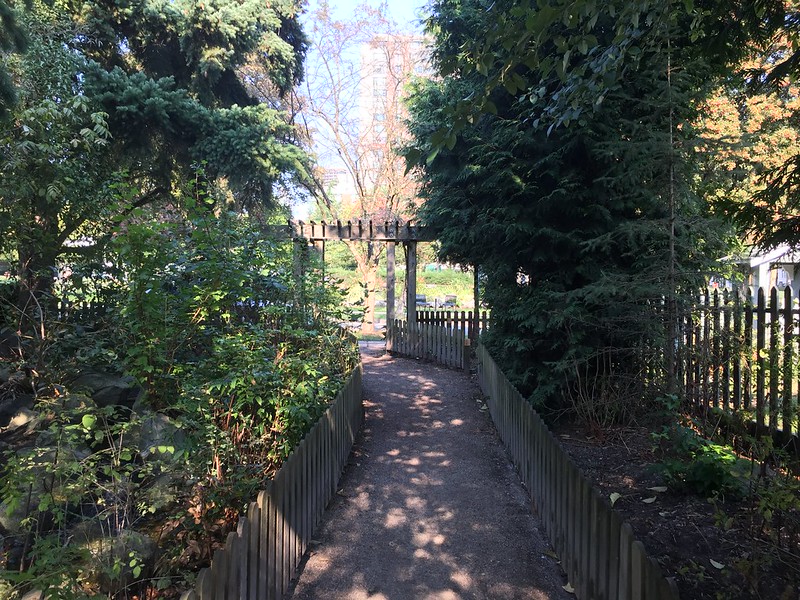 Looking out from Mole Hill to Comox St. I biked past this spot at night once.

Terms and names that came up that gave me fodder for researching later on: Carlos Carpa, extrusion, micro-economy, envelope (as it relates to buildings), modest market housing, street wall, contemporary contextualism, Adolf Loos, Eugenia Place, Silvia Hotel, the history of the Cactus Club on Beach Ave.

Published by Richard on September 25th, 2014