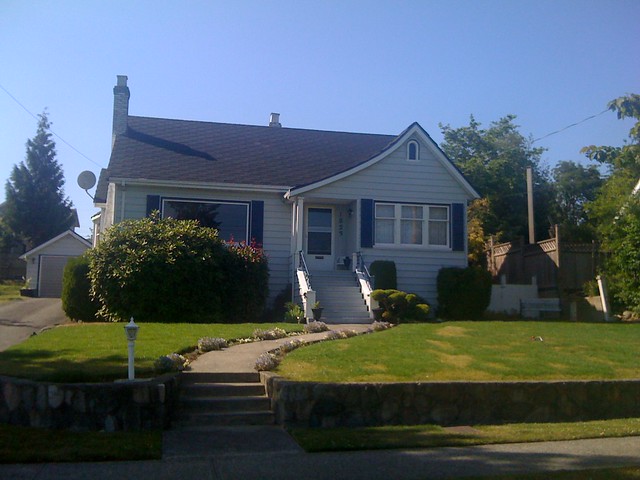 John Atkin describes this in SkyTrain Explorer as "a house [...] which drew on the ideas of a style known variously as Tudor Revival, English, Cottage, Cotswold, and on and on. We've called it English Revival. The style was found in Shaughnessy and other well-to-do-neighbourhoods in North America where large, instant, 'olde-world' homes appealed to those who wanted a sense of permanence and links to the past. These styles, simplified for smaller suburban lots, were popularized in numerous plan books published in the 1920s and 30s such as British Columbia Homes, a collection of designs by local architects, and Suggestions for Your Home by Arthur Preusch, an architect in St. Paul, Minnesota who's plan book was published in Winnipeg as well as St. Louis." p.104

Thanks for the picture! It was perfect for my blog post about how to create welcoming neighborhoods. You can see my post here:http://reimaginerural.com/home-renovatio n-are-you-covered-in-warts/