On a trip to Toronto in 2006, during the Canadian Pacific Exhibition, two older Toronto streetcars passed by Karen and me while we were walking the mean streets of The Big Smoke. Some years later, these informative comments from a user called booledozer appeared on the Flickr versions of the photos. 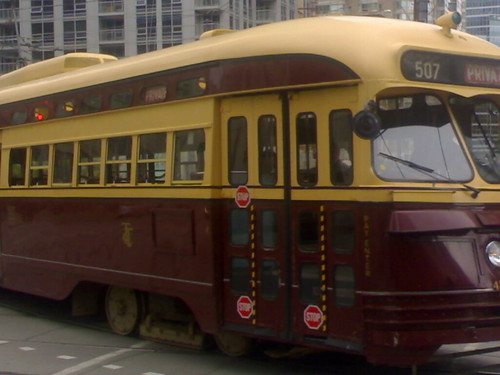 “This is a "President Congress Car". This design was very widely used, sixty to seventy years ago. Boston and San Francisco also continued to use these cars until very recently.

Personally, I prefer the old maroon and yellow livery.

The TTC's remaining PCC verhicles are only used for private bookings, movie shoots, and ceremonial purposes.” 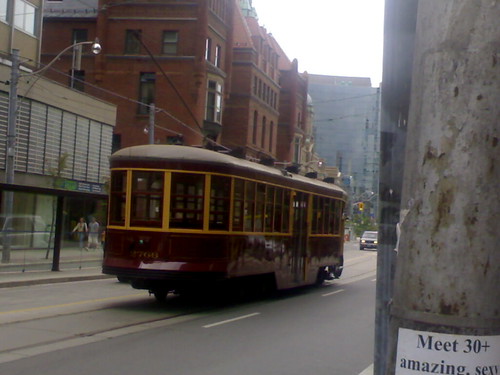 “The TTC calls this a "Peter de Witt" car.

It can be booked for private events, and you can have a traveling party.”

A quick Google search reveals there's no "de" in the name. I would never have known the name without the comment, however. 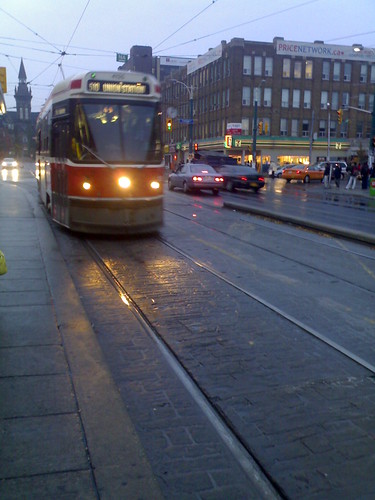 “The intersection in this picture is College and Spadina. The photographer would have been standing near the El Macombo, The Rolling Stones recorded a live album there.

There are several dozen computer stores within a block or two of this intersection.”

The photographer (me) used a cell phone camera to take those.