Second Visit by the Airbus A380 to Vancouver International Airport

Earlier this year, in a cynical (and successful) attempt to increase my traffic, I linked to a bunch of photos of the Airbus A380 superjumbo jet landing at Vancouver International Airport, and even had the keywords in my tagline, just in case. After getting back from Toronto last week, I read that the airplane made another visit to YVR (in fact, it was the increased search activity to my site which tipped me off), which Vancouver-area planespotters documented on Flickr. Below are the Creative Commons licensed photos that I found so far: 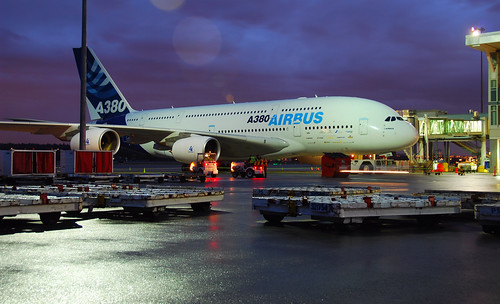 The following images are full copyright, so therefore don't appear in this blog post, but they're worth checking out:

I did a simple search for 'yvr' and a380' in Flickr tags, so if there are more I've missed, I'll add them here.